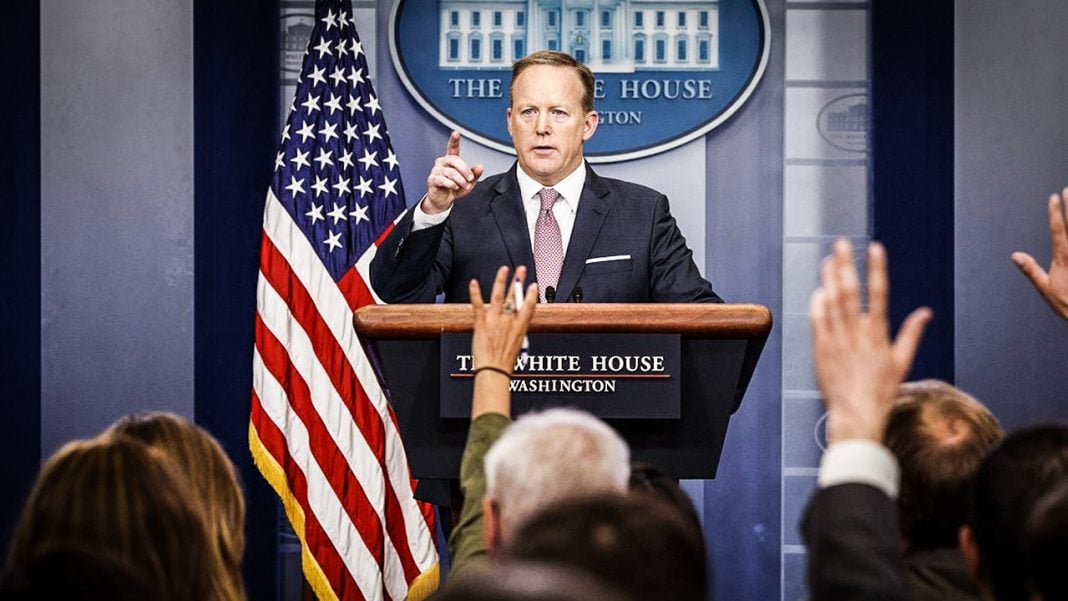 During an off-camera, unrecorded briefing with the White House Press Corps on Monday, Press Secretary Sean Spicer said something that has progressives pretty chuffed.

While portraying it as a negative, Spicer said that the U.S. had to either adopt the GOP healthcare plan or have the healthcare system go the way of progressive dreams and become a single-payer, medicare-for-all system.

In an attempt to scare Republicans into supporting the current draft of the AHCA (a draft which is being opposed by a handful of Republican Senators who Mitch McConnell must flip for it to pass), Spicer said that it is no longer a choice between the AHCA and ACA. Instead, Spicer posited that America will be forced to either adopt the GOP plan or – egads! – adopt single-payer.

Spicer: choice is GOP plan or Bernie’s $32T single payer. “That’s what the alternative is. It’s not a question of Obamacare vs. the AHCA”

So basically, Spicer is arguing that Obamacare is dead and buried – an assertion that President Trump continues to make despite evidence to the contrary – and as such, Republicans must now fight tooth and nail to adopt the GOP plan or else see our nation crumble to a healthcare system which covers all, not just some.

Realistically, if Trump would stop his assault on the ACA immediately, and if Speaker Paul Ryan would stop pushing new, diabolical health plans, Obamacare could continue to run at a respectable rate.

Still, if Republicans really think this boogeyman strategy will work, might they hand Berniecrats everything they ever wanted?

While there seems to be no realistic grounds for Spicer’s exorbitant price tag on the single-payer system, anyone who has ever supported joining the modern world in the way of healthcare can surely see the appeal of siding with Bernie.