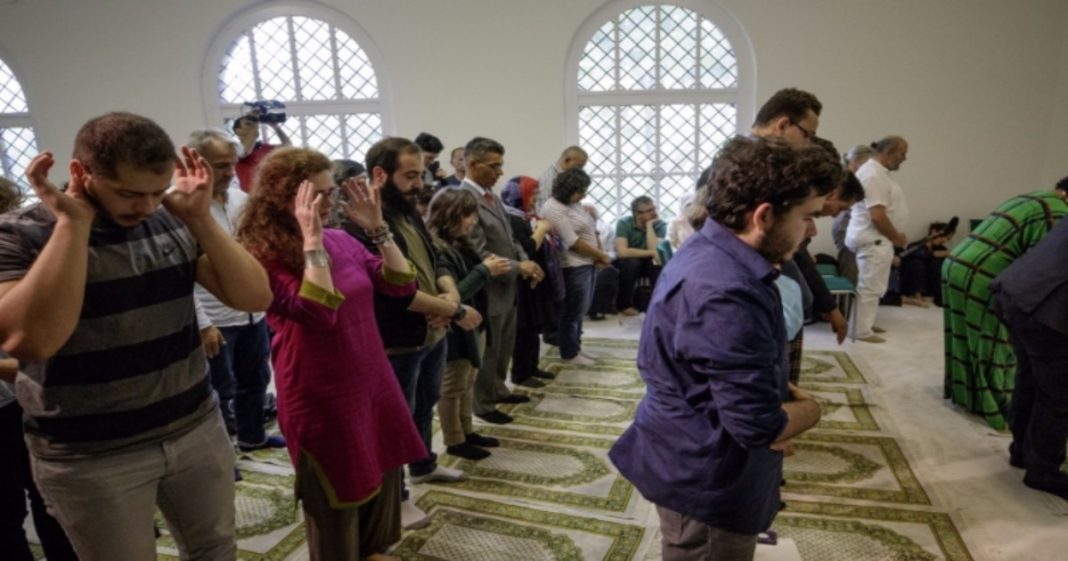 It may be difficult for non-Muslims to imagine, but there is are mosques where full-face veils are not allowed. Furthermore, men and women mix freely, Sunnis and Shiites alike are welcome and encouraged to sit together, and LGBT Muslims find complete acceptance. Welcome to Berlin’s Ibn Rushd-Goethe congregation, which held its first services this past Friday – and is led by a woman imam from the U.S.

The new Islamic congregation is the culmination of eight years of effort by Seyran Ates, a German citizen of Turkish parentage who is a lawyer and prominent women’s rights activist – as well as a devout Muslim. She told the Associated Press that it is “a dream come true.”

That dream was to have a place of worship where progressive Muslims in Berlin could come together to share their faith and have open dialogue, leaving internecine conflicts outside. It is also an opportunity for liberal, progressive Muslims to make themselves more visible.

Ates said, “This project was long overdue. There’s so much Islamist terror and so much evilness [sic] happening in the name of my religion … it’s important that we, the modern and liberal Muslims, also show our faces in public.”

The mosque is named for the 12th-Century Moorish philosopher Abu Walid Muhammad Ibn Rusd (better known by his Latinized name, Averroës) and Johann von Goethe, a writer and statesman of the late 18th and early 19th Centuries. There is no minaret, and no muezzin calling the faithful to prayer; for now, the congregation is being hosted by a Lutheran church.

To many people – particularly more conservative Muslims – the idea of a mixed-gender, LGBT-friendly mosque is controversial at best. The new congregation has gotten some backlash, including a fatwa (judgment) against them by Egypt’s Dar al-Ifta al-Masriyyah, a state-run institution that issues religious edicts. The institution accused them of violating the principles of Islam.

The Diyanet Foundation, Turkey’s Presidency of Religious Affairs, has similarly spoken against the Ibn Rusd-Goethe congregation,  stating that their practices “do not align with Islam’s fundamental resources, principles of worship, methodology or experience.”

But 54-year-old Ates is no stranger to controversy. In her early twenties, while working as a counselor for Turkish women, and she was nearly shot to death by an outraged husband. She has also been accused of associating with Muhammad Fethullah Gülen, an American imam who was allegedly led an attempted coup in Turkey last year. Ates dismisses the accusation, adding that the Gülenist movement “represent[s] an interpretation of Islam that is too conservative for us.”

Currently training to become an imam herself, Ates reports that she has gotten as many as 300 emails a day from all over the world (including Muslim countries) praising and encouraging her work. However, she’s also getting 3,000 emails a day that are “full of hate” – and even contain death threats.

She is undeterred. In a statement to the press, Ates said:

“We do not believe that the written records of the Quran should be transferred word-for-word to the 21st century. We ask ourselves what the intentions were at the time and which parts can translated and explained in the 21st century. We want to work together with conservatives to do something against Islamist terror, to show that Islam is also a very peaceful, mystical and spiritual religion. Many people adhere to the Muslim faith not because of Isis or the Taliban or whatever, but…because it is a beautiful religion.”