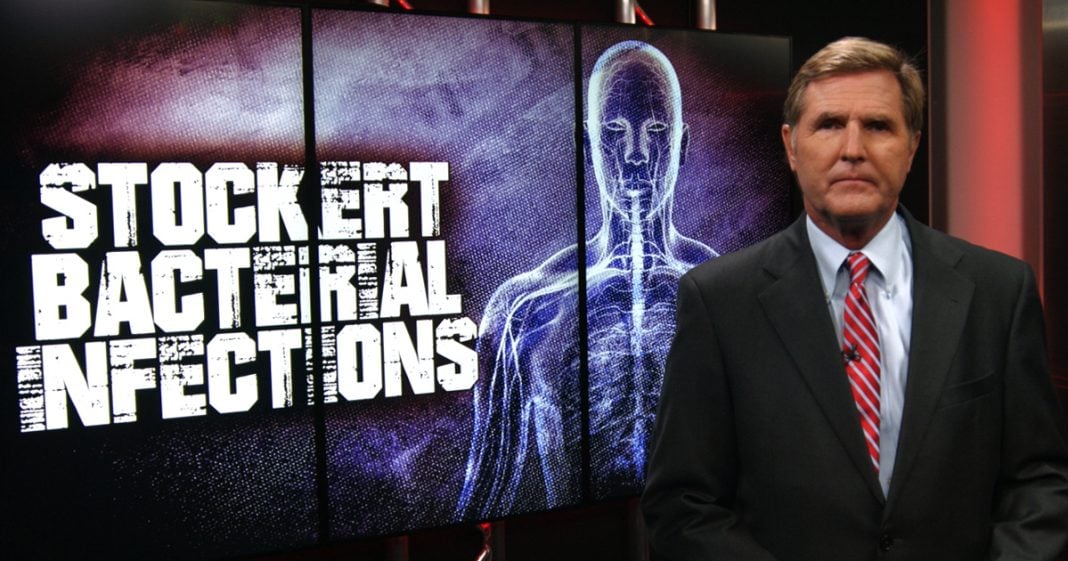 America’s Lawyer Mike Papantonio discusses a company called LivaNova that has caused an unnecessary increase in risks for heart surgery patients by supplying American hospitals with a medical device that’s packed with bacteria.

When patients go in for any kind of heart surgery, they know that they’re undertaking huge risks, but these are risks that the patients know are necessary in order to survive. Sadly, a company called LivaNova has caused an unnecessary increase in risks for heart surgery patients by supplying American hospitals with a medical device that’s packed with bacteria.

The device is called Stockert 3T Heater-Cooler, that’s the name of it. The heater-cooler device is absolutely essential when a patient undergoes a heart surgery, whether you’re having a valve replaced, an entire heart transplant, or a bypass, this device is what’s circulating your blood, heating it and cooling it outside your body and keeping you alive during those procedures.

The Stockert 3T Heater-Cooler is used in 60% of heart surgeries in the United States, so the odds are that if you’ve had an open-heart surgery, you would have had this device involved. What we’re learning now, and what the FDA’s been investigating for years, is that these devices may have what’s called, biofilm. It’s a bacteria inside of them that’s actually being emitted and spewed out into the surgical field, getting into people’s open chest wounds during the surgery and causing devastating injuries and deaths, in some cases.

LivaNova manufactured Stockert 3T devices at their lab in Europe and in those labs there was a bacteria called NTM. It’s a very rare form of bacteria to cause an infection, but it’s also everywhere in the environment. And patients who are exposed to NTM during open-heart surgery can develop symptoms that can take months to recognize, which means diagnosing and treating this infection is very difficult.

What happens with a Stockert 3T device is that the water tank controlling the patient’s blood temperature becomes contaminated with this very specific type of NTM bacteria from the manufacturing plant. When it showed up in hospitals in America and throughout the world, doctors didn’t know. Surgeons didn’t know and hospitals didn’t know that there was already this bacterial contamination. But when these devices were used in open-heart surgeries, patients became infected. And as usual, the FDA, for years, has dragged their feet in controlling this problem.