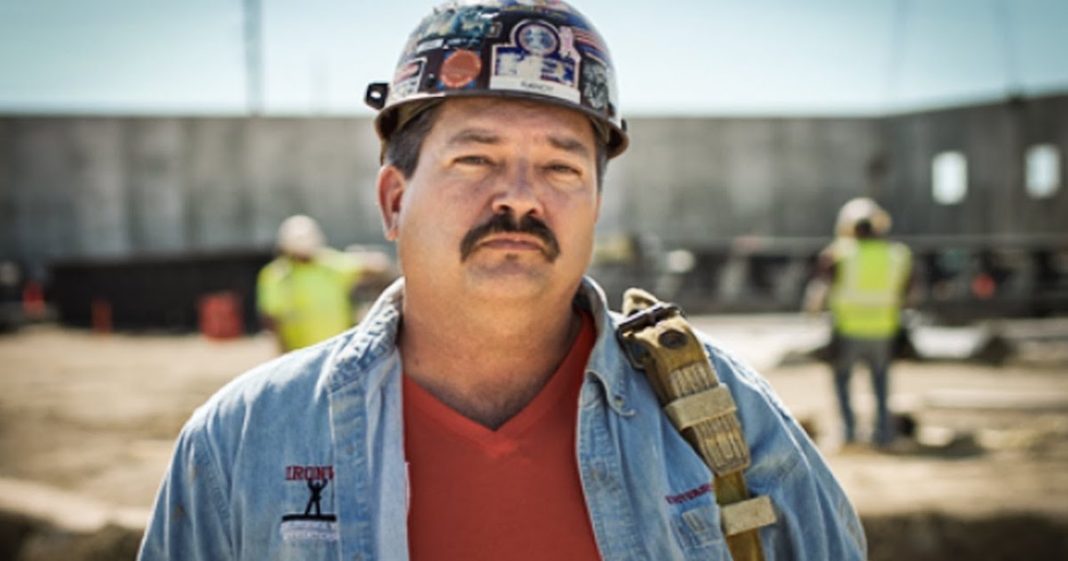 A unionized iron worker is taking on Paul Ryan in a 2018 showdown in Wisconsin. Randy Bryce’s everyman charm has taken the political world by storm and could be the key to refreshing the Democratic Party. Ring of Fire’s Josh Gay discusses how.

(Transcript of above video):

The message the democrats have been looking for all along, since the 2016 election has come in a video from Wisconsin. A Wisconsin union worker who’s already lost three attempts to take an office, is now taking on speaker of the house Paul Ryan in 2018’s midterms. Randy Bryce, he’s not your average politician. He’s got a Twitter handle, it’s called Iron Stache, @IronStache. Pays tribute to the fact that he’s a unionized iron worker, and he’s got a pretty epic lip sweater of a mustache. His father and brother, they’re both police officers. His mother is battling MS, and has to take 20 drugs a day just to live. His sister, is a public school teacher. Bryce himself has fought testicular cancer. This guy knows what’s going on in middle America.

However, it wasn’t Bryce’s story, or his epic mustache that captured headlines on Tuesday. It was a video that his campaign released announcing his bid for a house seat that’s currently occupied by Paul Ryan. And that video was nothing short of amazing. I’ll link the video in the description below, but this video contrasts greatly to all the ads that we see for other democrats, especially the establishment types. Say like a John Ossoff. Ossoff’s ads are talking about bio-tech investment, and wasteful cellphone contracts. Where as Bryce is wearing a hardhat and saying things like, “I work everyday so that me and my son can have insurance.” And that he decided to run for office because not everybody’s seated at the table, and it’s time to build a bigger table.

Then his video concludes with a challenge to Paul Ryan, why doesn’t Paul Ryan go work the iron in Wisconsin while Bryce goes to DC? He completely shatters that typical image of a button up corporate democrat, or a republican for that matter. He’s talking directly to Americans, the ones that have felt left behind. Regardless of which party has been in charge, middle America has felt left out. Even with the affordable care act in full swing, healthcare, it’s been lacking for the country. The left, they took a broken system, they slapped a couple of pieces of duct tape on it, but they still try to declare it fixed.

Now the republicans, they just want to take a sledgehammer to it. All of that comes instead of a real plan to fight it. The democrats on Capitol Hill, they’re chasing Russia Gate. They’re not really worried about a real plan to fix healthcare. But for people like Randy Bryce and his mother, again, she takes 20 medications a day just to keep living. Or Bryce himself, after battling testicular cancer. The work that corporately owned politicians are doing is simply not enough to fix healthcare in this country. Look, Bryce is a long shot. Paul Ryan’s already raised 2.8 million dollars, he’s got nine million dollars in the bank, Paul Ryan raised almost 20 million dollars in 2016.

Heck, he may not even get out of the primary. He’s challenged by an establishment Dem, David Yankovich, who just moved from Ohio just a few weeks ago with the sole purpose of running against Paul Ryan. But that’s not the point. Even if Randy Bryce gets blown out, if he doesn’t even make it to the general election like he has three other times, he’s made a massive impact. He delivered a message to the democratic party, and he gave them a huge hint how they should campaign from now on. His video went viral for a reason, and it wasn’t his mustache, though that didn’t hurt. He sent a message that the DNC and politicians everywhere can do a much better job of appealing to middle America. These fly over states, they’re not going away. They are the ones that elected Trump because they were scared of more establishment politicians.

Unfortunately Trump just gave them more of the same, just now he’s got bad language, and goes on tweet storms all the time. The DNC, and hey even republicans, they can learn from Randy Bryce. Randy Bryce represents middle America, and that’s what it’s going to take to win in 2018, and defeat Donald Trump in 2020.