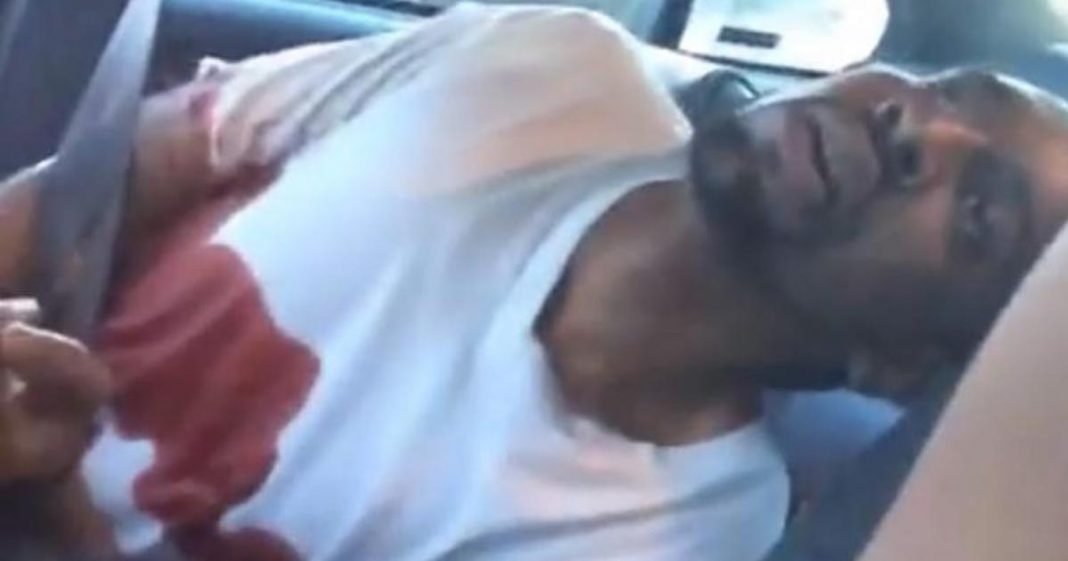 When we view videos like the recently released footage of Philando Castile being shot to death by a police officer, it is extremely easy to blame individual officers, in this case – Jernimo Yanez.

Even though it shows that Officer Yanez was obviously wrong for shooting Castile, it is also apparent that the officer genuinely reacted emotionally to the situation. You can tell he feared for his life.

The New York Times offered an interesting piece, which details what went wrong in the shooting in the words of experts – police officials, attorneys, professors, and researchers. What was revealed in the article is that the officer created a scene of confusion and emotion – rather than level-headed reason and control.

If this case rested squarely on the behavior of Officer Yanez and the mistakes he made during a traffic stop, then Castile would be an outlier; someone that unfortunately fell victim to a one-time mistake.

That’s not to say Yanez should not be held accountable for his actions. He most certainly should have faced severe punishment for killing an innocent man. The fact that he was found not guilty is an incredible injustice. But, he alone is not responsible for what is known to be a widespread issue of police violence.

The issue is not one or two bad seeds in law enforcement. In fact, the problems with police violence have to be solved on a much larger scale.

There are many good people that are police officers – they genuinely care about doing their job fairly and wish only to protect the communities they serve. And it certainly is not an easy job. Coming face-to-face with criminals on a daily basis and risking your life when you do so is enough to cause significant amounts of stress.

From what has been reported about Officer Yanez, he was a good police officer, right up until the point he shot Castile. He likely received training in how to best handle himself when Castile declared that he had a weapon. Unfortunately, Yanez reacted with emotion – with fear and any training or specific de-escalation policies that his department may have enacted went out the window.

Some of the best training or mental evaluations in the world could not have predicted the way Yanez would have reacted. So, instead of focusing on Yanez, it is important to focus on more widespread concerns. Correctly, Yanez will likely never serve as a police officer again, but that will not solve the issues of police violence.

One major concern is why our police officers contact and eventually arrest people. Marijuana arrests, for instance, put both police officers and civilians at a great risk.

According to the ACLU, just under 1 million arrests are made annually for marijuana alone. And despite whites and blacks using marijuana at a roughly equal rate, blacks are 4 times more likely to get arrested for weed.

So, by decriminalizing marijuana alone, 1 million negative contacts with law enforcement could be eliminated. 1 million times could our officers devote their time to something else. That is 1 million fewer times that officers and civilians have to be at risk.

But also think about this – what are the physiological effects of so many pot arrests, especially when they are predominantly taking place in the black community? To most of us, “it is just a little weed,” right? So, imagine how the black community’s view of police changes when their race is both treated unfairly because of their race, but also over something as trivial as marijuana.

Ignoring that this country had widespread legalized institutional racism through the 60’s and ignoring the fact that there are many more socio-economic factors behind crime in black communities, you can see that minor offenses, like marijuana possession can cause a massive distrust for police from the African-American community.

Likewise, regardless of what other factors play into the perception – police officers are interacting with African-Americans and seeing them disproportionally as criminals – for just a little weed. It is a vicious cycle that perpetuates stereotypes – from both points of view, the cop and the black citizen, that lead to dangerous encounters.

That brings me to the other concern I have – attitude. Because of the difficult and dangerous job police officers have, they are a tight-knit community. They call each other brothers and sisters and stand up for each other in the face of danger. They refer to themselves as the “thin blue line” — the line between the bad guys and the good guys.

However, crime is much more complex than good and bad or right and wrong. And frankly – the brotherhood a police officer should experience – should be with the community they serve.

When we see an act of police violence perpetuated against civilian, other officers are quick to stand up for the disgraced officer. However, if law enforcement officials start to condemn senseless acts carried out by other police officers, then maybe we can improve community relationships.

On the topic of community relationships, a lot of thought has gone into “community policing” and efforts to get positive interactions with police officers in high-crime areas. However too many of those efforts are aimed at attempting to get the community to see officers in a positive light. That can’t hurt – but we also need to do more to encourage officers to see the communities they serve in a positive light. It can no longer be a “good guy v. bad guy” from the police perspective.

The efforts of positive policing must go much deeper than a simple PR campaign or a viral video of a cop dancing at a cook out or shooting hoops with the neighborhood kids.

Another great way of building that trust and simultaneously cutting down on unnecessary arrests is to stop treating arrests like a competition; stop treating them like a success. For instance, though we should not tolerate drunk, drugged, and distracted driving, it should also not be treated like a game by police officers.

For example, there is the troubling case of Cobb County, GA’s Officer TT Carroll. Carroll received an award from Mothers Against Drunk Driving for 90 DWI arrests in 2016. Additionally, Carroll received a promotion and a raise based on performance that same year. However, it should be noted that many of his arrests do not end up with convictions. Atlanta’s NBC affiliate 11Alive reported on at least three cases of Carroll’s that were overturned.

Carroll is a certified “drug recognition expert” or DRE and arrests drivers if they show signs of impairment, even when subsequent drug tests show no drugs in the driver’s system. To become a certified DRE you must pass an exam showing a “minimum 75% toxicological corroboration rate.” In other words, the officer can have a false positive rate of one per four arrests and still pass his exam. Carroll’s supervisors with the Cobb County Police Department believe that his skills are better at detecting marijuana in a driver than a blood or urine test.

However, Officer Carroll and others like him take pride in their arrest record, even if they do not result in convictions, because they are incentivized to continue their efforts. Carroll gets awards, raises, and promotions while his supervisors and elected officials can brag about their crack downs on drunk driving being successful.

Though, statistics show that those crack downs do very little to significantly reduce alcohol-related fatalities. Officers are getting awards for false arrests that do not deter crime. Things like that certainly do very little to build trust.

Our country also has a massive problem with those who have already been incarcerated. According to the National Institute of Justice, about three-quarters of released prisoners were rearrested within five years of their release. Prisons are meant as a deterrent and punishment for crime, but obviously, they are failing. Between for-profit prisons wanting to keep their business booming and politicians attempting to keep prison costs down, programs to prevent recidivism are being slashed across the country.

According to research by the RAND Corporation, “inmates who participate in correctional education programs have 43 percent lower odds of returning to prison than those who do not.” In fact, providing education is a significant cost savings to taxpayers:

The direct costs of providing education are estimated to be from $1,400 to $1,744 per inmate, with re-incarceration costs being $8,700 to $9,700 less for each inmate who received correctional education as compared to those who did not.

If we educate those that are in prison, we will reduce the overall crime rate and thus reduce the amount of negative interactions between police and citizens.

Meanwhile, policy decisions at the federal and state level have more and more to do with the growing divide between police and those they are sworn to protect. Whether it is minimum sentencing guidelines, partisan judges, or some local politician attempting to justify their existence by touting more arrests or a reduction in crime, policing is not about making communities safe, it is simply a political game.

For instance, during the 2016 election, we heard then-candidate Donald Trump make claims about rising crime rates. “Decades of progress made in bringing down crime are now being reversed,” said Trump. However, research showed quite the opposite.

Fear and rhetoric are powerful tools for a candidate to use. Despite his claims being untrue, President Trump has scared people into believing that we need border walls and more aggressive police tactics.

To prove their worth and to impress elected officials, police across the country are stacking the decks in their favor and making arrests based on no real evidence. So, how does someone like Philando Castile know how he should behave in front of a police officer? Castile did nothing wrong and it cost him his life.

Police violence is a far more complex issue than even this article can address. It will take much more than blaming a particular cop for a shooting. Sure, bad police officers should be held accountable, but our entire criminal justice system is flawed and unless it is corrected, we will only see more and more innocent people killed. 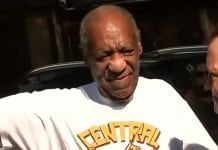