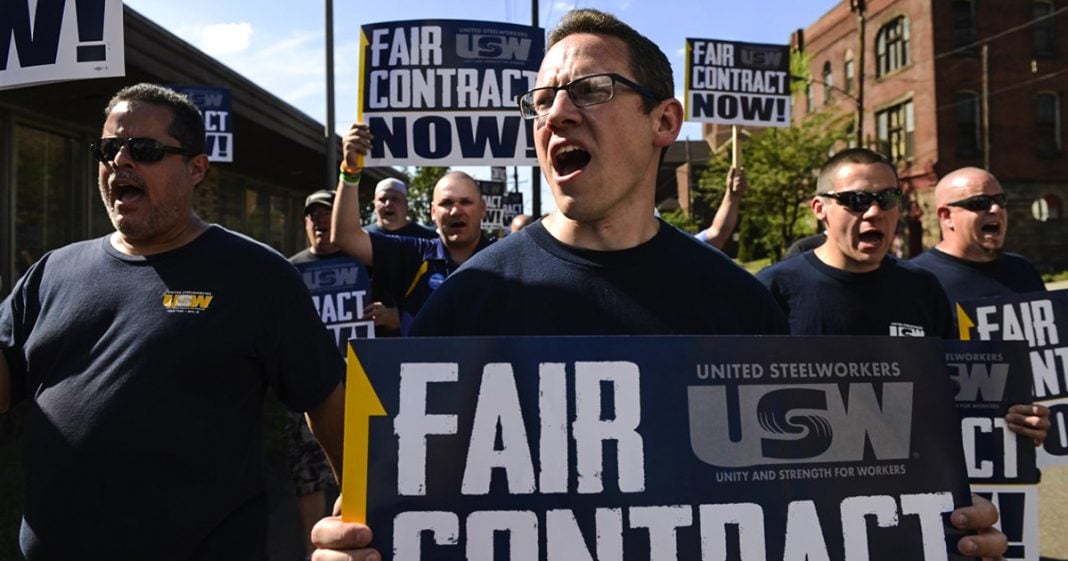 Leaked documents from an ultra-conservative organization, the Bradley Foundation, reveals their plans to destroy unions nationwide.Bradley has already done debilitating damage to workers’ rights in their home state of Wisconsin, and plans to take that blueprint to other politically sensitive and swing states. Their long term plan is to turn the red states blue through removing the funding unions provide to Democratic and Progressive candidates, as stated in the documents. They, however, file their taxes as a charity giving them the freedom to launder money to groups with aggressive anti-union policies. Correspondent Naomi Karavani gives the details.