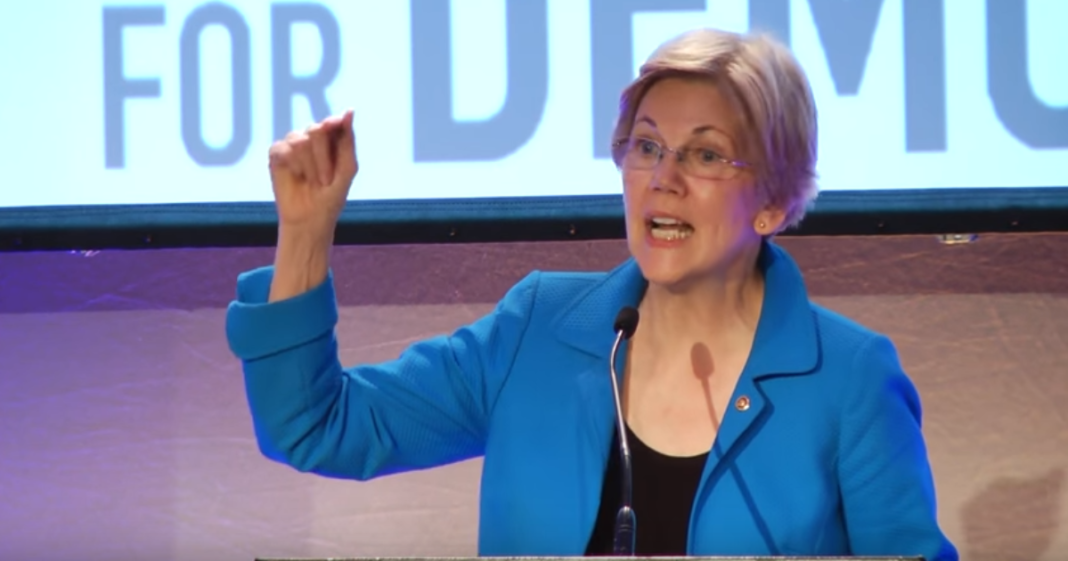 Responding to the late release of the latest draft of the American Health Care Act, Senator Elizabeth Warren referred to the deals the GOP has cut with the rich corporations in this country as “blood money.”

Warren’s comments came on Thursday afternoon in the form of a video released onto her social media sites. In it, Warren eviscerates the latest AHCA draft, saying that upon reading it, she understands why it was previously kept in secret.

Warren said that the bill was rife with clear signals of who the Republicans are working for – and you can bet it isn’t the American people.

Warren pointed out that the bill is also more than generous to large insurance companies, as well as the well-paid CEOs who run them.

Unfortunately, the benefits of all of these breaks come at an expense – as Warren calls it, “blood money.”

“Make no mistake, this bill is about tax breaks for the rich.”

The video concludes with a rallying cry: the American people have to make it clear that this restrictive, bloody bill does not represent America as a whole. It cannot be allowed to pass, by whatever means necessary.