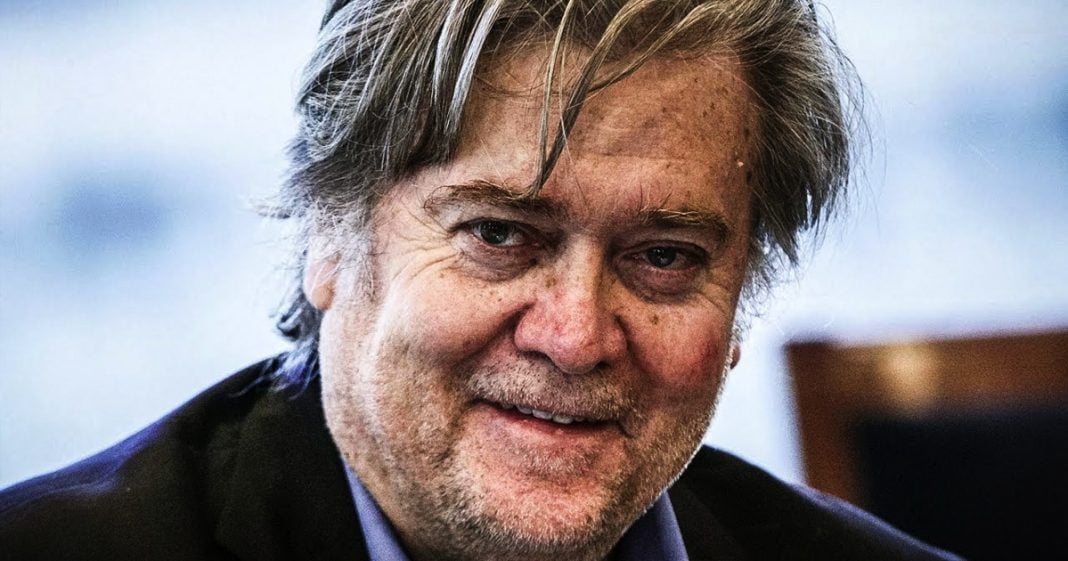 In what might be one of the most bizarre excuses ever given by the Trump administration, Steve Bannon claims that the reason the number of White House Press Briefings has declined is because Sean Spicer “got fatter.” It isn’t because Spicer makes a fool of himself at the podium or because of the growing investigations into the administration, it’s allegedly because Sean Spicer has an eating disorder. Ring of Fire’s Farron Cousins discusses this.