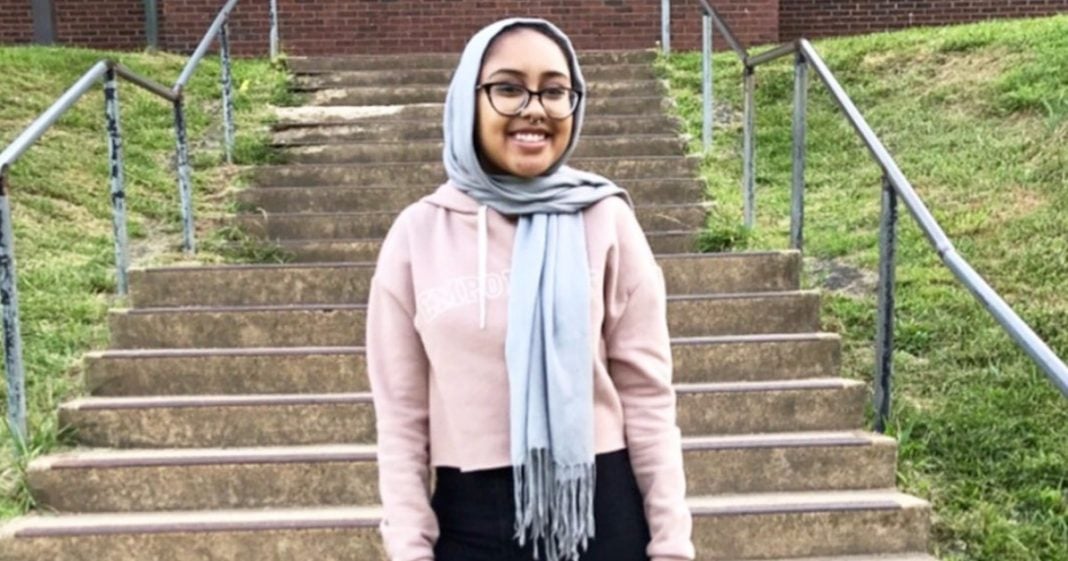 A makeshift memorial set up to honor the memory of a murdered teen girl has been set on fire, possibly in connection with the hate crime implications of the event.

The memorial for Nabra Hassanen was caught on fire on Wednesday morning. When police responded around 8:30 a.m., they found the remains of the memorial smoldering.

DC Police said 24-year-old Jonathan Soloman of South Carolina was arrested in connection with the fire. Details are not yet known about Soloman’s intentions, though inferences can easily be made.

The memorial was being held for the 16-year-old teen who was killed in an apparent hate crime while coming home during Ramadan. It was being held at the Dupont Memorial Fountain.

Hassanen’s family are demanding answers about their daughter’s death and maintain that her killing was the result of a hate crime against her Muslim religion and expression.

Hassanen was found dead on Sunday several hours after a group of her friends were confronted by a motorist while leaving an IHOP. Hassanen’s friends fled, leaving the girl behind. Later, her body was found severely beaten.

Darwin Martinez Torres was taken into custody around the same time that Hassanen’s body was found. The suspect was later discovered to be an undocumented immigrant. Police say that the conflict was a result of road rage, not religious or racial hatred.

Though police maintain that the girl’s death was not the result of a hate crime, the burning of her memorial seems to indicate that the town is harboring a great deal of anti-Muslim hatred.