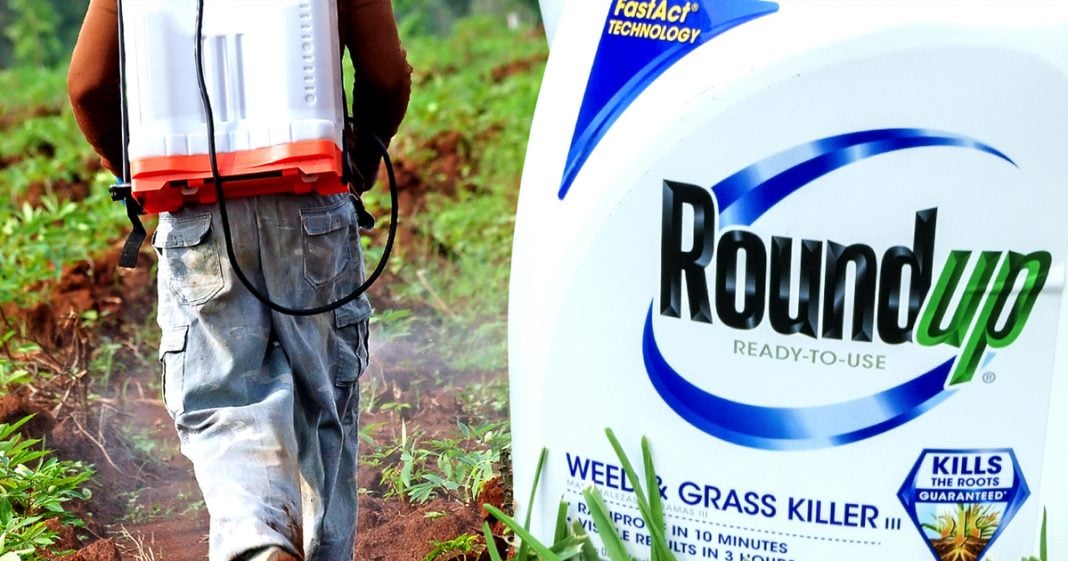 In the courtroom and in scientific studies, the battle over the carcinogenic effects of Monsanto’s herbicide Glyphosate rages on, but you may not know that at all if you watched the newest pro-GMO documentary narrated by none other than Neil DeGrasse Tyson.

According to Food Evolution, the debate over Glyphosate is settled. According to ongoing court cases, that is far from the truth.

According to the documentary and Tyson’s relatable voice, the carcinogenic risk of Glyphosate is little to none – at least far less than coffee or salt. The documentary argues in favor of Genetically Modified Organisms and in the process, protects Monsanto at all costs.

Unfortunately, the documentary’s portrayal of the realities of Glyphosate is purposefully skewed, leaving out a wealth of debate and information regarding the carcinogenic qualities of the herbicide.

There is no mention of the carcinogenicity concerns that are engulfing Monsanto in an international science scandal, or the many farmers who are suing Monsanto alleging they got cancer from the company’s glyphosate-based Roundup herbicide. There is no mention of the 2015 report by the World Health Organization’s cancer agency that classified glyphosate as a probable human carcinogen, or California’s decision to add glyphosate to the Prop 65 list of chemicals known to cause cancer, or the peer-reviewed studies that have linked various adverse health outcomes to glyphosate and Roundup.

Instead of an objective look at the evidence, Food Evolution gives viewers the full “Monsanto science treatment”: Any science that raises concerns about the possible health risks of agrichemical products should be ignored, while studies that put those products in a favorable light is the only science worth discussing.

Simply, Food Evolution wants you to think GMOs are a net good, and they aren’t going to let the complicated issues surrounding Glyphosate get in the way of that narrative.

Food Evolution was ordered and funded by the Institute of Food Technologists, a group which was headed by former DuPont and Monsanto executive Janet Collins.

Academy Award-nominated director Scott Hamilton Kennedy claims that he was given full creative and editorial freedom on the project, but considering the shady practices Monsanto has engaged in in the past to protect their image and the image of Glyphosate, it is hard to trust the doc’s impartiality.

DeGrasse Tyson’s decision to join the project is not entirely surprising considering his pro-GMO stances in the past. But the issue here again is not the documentary’s pro-GMO point of view, but the length it will go and the data it will ignore in order to make that argument bulletproof.

The reality of the science behind Glyphosate is that it is far from settled. Even now, lawsuits are ongoing. Furthermore, there is research spanning back to the 1980s which ties Glyphosate to cellular changes in lab animals. Still, under enormous pressure from Monsanto, regulatory agencies appear willing to look the other way.

Mike Papantonio, attorney with law firm Levin Papantonio, who has pursued and won cases against Monsanto and DuPont in the past, explained his issue with the current science surrounding Glyphosate.

Food Evolution had the opportunity to explore these controversies, and to give coverage to a little known or understood issue. Instead, they elected to side with Monsanto and contribute to the misinformation of the American consumer.