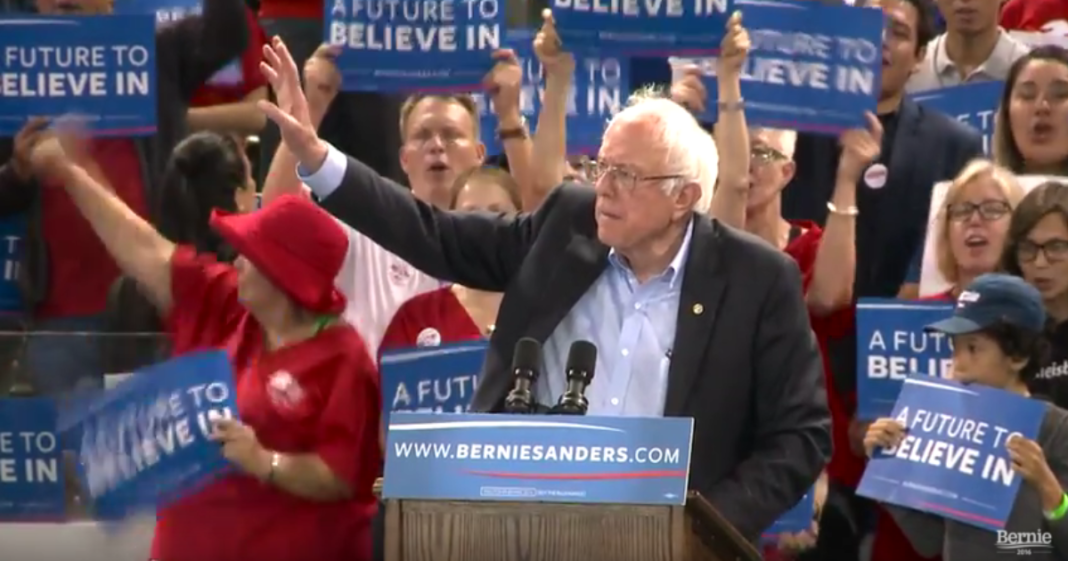 Amazon’s Jeff Bezos’s influence is far and wide. Not only is he running the most profitable retailer in the western hemisphere, dominating the shopping market in nearly every category (Amazon), but he also owns his own news network (CNN), and recently acquired his own massive, respected chain of grocery stores (Whole Foods).

With such an extensive resume, it becomes important that journalists monitor the political and business decisions Bezos makes to ensure that he is not using one wing to bolster the other.

The most recent flag to have been raised in progressive media was proposed by Common Dreams. The article explored why the New York Times allowed an opinion piece to be published on their platform which placed the blame for last week’s shooting at a Congressional baseball practice squarely on the shoulders of Senator Bernie Sanders.

In the piece, Columnist Norman Solomon made an interesting connection – could media giants like the New York Times and Washington Post be targeting Sanders because of his proclivity to oppose massive corporate mergers? By extension, could Washington Post have published a whopping 16 negative Sanders stories in the span of 16 hours because Bezos felt threatened by Sanders’ urge to cut down and oppose the richest among us?

After all, if you were to ask the Senator what he thought about Bezos’ recently acquired chain of grocery stores, Sanders would likely express anything but delight. Sanders, a Democratic Socialist, may not favor government ownership, but he is heavily in favor of strong government regulation which might prevent someone like Bezos from owning so much of the capitalist pie.

When the news broke last week that the retail giant had acquired the successful grocery company, many worried about the long-term implications. With ultra-tech corporations like Amazon and Google slowly taking over larger parts of our economy, are we slowly creeping toward a new, more nefarious type of monopoly? And with the current administration seeking to roll back regulations rather than enforce them, will there be anyone to stand up before its too late?

Outlets like the Washington Post don’t go so far as to support corporatist Donald Trump, but they did remain cozily in the pocket of Hillary Clinton for as long as possible. Remaining in the sweet spot of respecting the media and generally left views, while also protecting corporations’ rights to own as much of our economy as they want is corporate media’s ultimate goal.

Unlike many in the Democratic party, including Clinton, Obama, and other mainstream party leaders, Sanders is not content to stop simply at social issues like gay marriage and reproduction rights. While vital, a sole focus on these issues means that issues of corporate corruption will go unnoticed, and unchallenged.