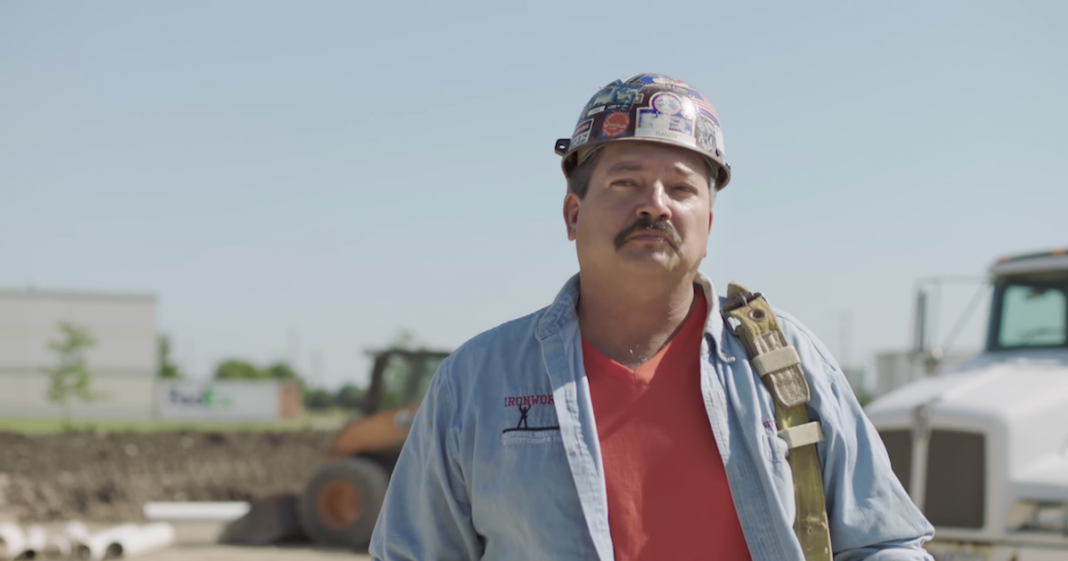 He has run for political office three times and has lost each time. He is running in a district where the incumbent has never won by anything less than 12 points. His opponent has already raised nearly $3 million and has over $9 million on hand. Randy Bryce certainly has an uphill battle if he wants to unseat Speaker of the House Paul Ryan in Wisconsin’s First Congressional District, but he’s faced tall odds before.

Bryce is the perfect symbol of the every-day middle-American. He survived testicular cancer. He is an Army veteran. He is a union iron worker of Mexican and Polish descent. His father is a former police officer who is now in assisted living. His mother is fighting multiple sclerosis. His sister is a public-school teacher and his brother is a police officer. Randy Bryce has seen the broken side of America.

Randy Bryce also instantly has turned into somewhat of an internet sensation, sporting a fantastic piece of facial hair on his upper lip, which he proudly touts with his Twitter handle: @IronStache. However, it is his newly released ad where he announces his candidacy that is causing the biggest stir. Watch for yourself:

Randy Bryce is running against @SpeakerRyan in 2018. He was genetically engineered from Bruce Springsteen songs. pic.twitter.com/XD9bOEeOkl

The beautifully crafted ad, highlighting Bryce’s sincere desire to correct the disparity in Washington, DC, proves to be extremely efficient at delivering the message that the Democratic Party should carry. Donald Trump appealed to working Americans in “fly-over” states, like Wisconsin and now Bryce is looking to prove to those same voters that the GOP, under Trump and Paul Ryan are doing nothing to look out for their interests.

If Bryce makes it out of the Democratic primary, he will face a formidable foe in Paul Ryan. Ryan’s closest race came in 2012, when he defeated Rob Zerban in a 55-43 race. In his 2016 campaign, Ryan raised just under $20 million. His Democratic challenger, Ryan Solen raised just $23,749.

By comparison, Bryce was defeated handily in the 2012 Democratic primary for Wisconsin’s State Assembly and similarly lost in the 2014 general election for a State Senate seat. He also did not make out of the primary for the Racine County Board of Education in 2013.

Bryce said that those prior losses have helped him understand how to run a better campaign:

“I’ve learned a lot. The people of Wisconsin know who I am. I have community roots.”

Bryce adds that he plans to raise at least $2 million for the race.

However, before squaring off with Ryan in the general election, Bryce will also face stiff competition in the Democratic primary. David Yankovich moved from Ohio to Wisconsin with the sole purpose of running against Rep. Ryan. Yankovich briefly served in the Navy, has worked on various political campaigns, and wrote several pieces for The Huffington Post and Politico.

Even with the tough road ahead, Bryce has delivered a message that the Democratic Party has desperately needed: an appeal to the blue-collar workers of this country that have been left behind by the establishment politicians in Washington. We have seen politicians on both sides pander to lobbyists and wealthy donors, often ignoring the people most affected by policy changes. We can only hope that the DNC will follow Bryce’s lead and give political power back to the everyday people of this country.