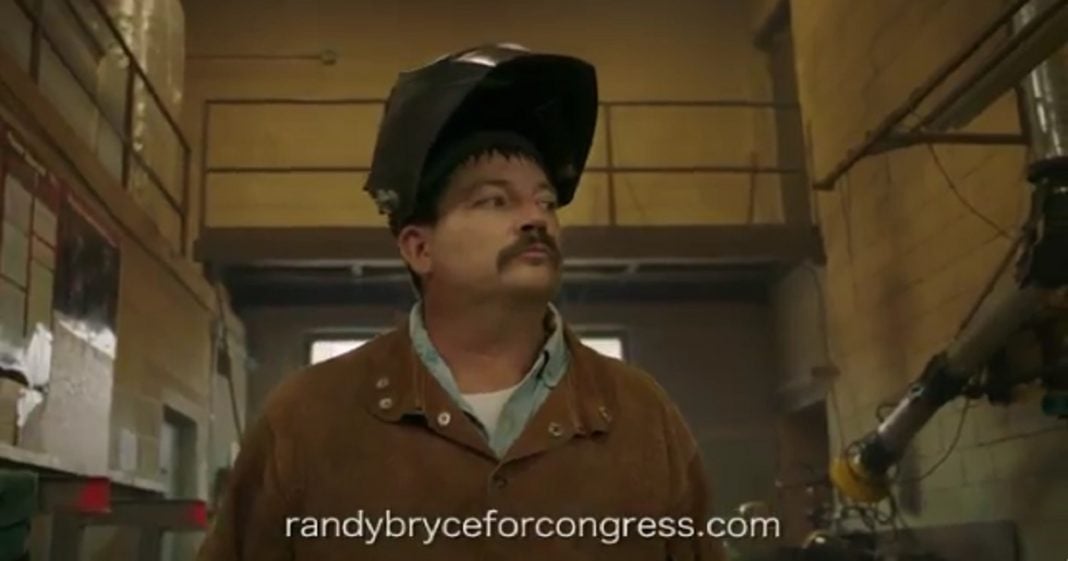 Just over two weeks ago, the Ring of Fire reported on an insurgent candidate that was preparing to take on Speaker of the House Paul Ryan in his home district in Wisconsin. At the time, Randy Bryce had not yet launched his candidacy, though he was busy building his team and preparing for his official announcement.

Yesterday, Bryce launched his campaign, and with it, released a moving political ad connecting Ryan with the current instability surrounding healthcare in America.

Holy shit. This ad from @IronStache announcing his run against Paul Ryan is something. Take a couple minutes. Watch. #WI01 pic.twitter.com/oveJZVle2c

Bryce’s ad is effective not only because it appeals to emotions, but because the connection is effortlessly true. Bryce doesn’t have to smear Ryan or paint an unflattering picture of his incumbent opponent. Instead, Bryce and his campaign only have to show the American people the instrumental role that Ryan has played and is playing in developing a healthcare plan that would remove coverage from well over 20 million Americans. Bryce need only show the families suffering under the removal of their healthcare, and the lives that will be lost of the AHCA is passed.

Ryan owns the AHCA, and for better or for worse (so far, worse), this means that its success or failure, help or harm, is laid at Ryan’s feet.

The ad focuses most intently on the effect removing required coverage for pre-existing conditions would have on everyday Americans. Everyday Americans who grow emotional as they try to explain living with their chronic conditions, taking large numbers of pharmaceuticals in order to function, to survive. Everyday Americans like Randy Bryce himself, whose mother suffers from Multiple Sclerosis.

Without the ACA, these individuals would be left with no recourse and no coverage. Many, in fact thousands and thousands per year, would die.

“I work every day so that me and my son have insurance. I’ve been an ironworker for 20 years. I work hard, and I earn every penny that I make.”

Ryan knew that when he and his colleagues attempted to repeal and replace the ACA at all costs, “all costs” might very well be their political careers. With Bryce’s help, Paul Ryan’s end may be sooner rather than later.

“I decided to run for office because not everybody is seated at the table. . . I’m a working person. If somebody falls behind, we’re so much stronger if we carry them with us. That’s the way I was raised.”