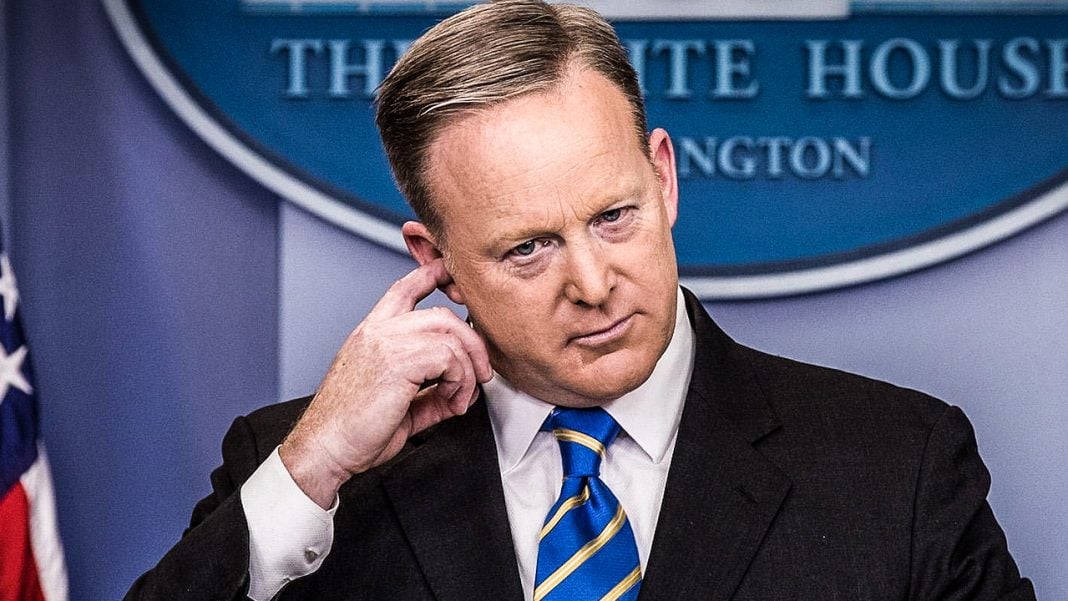 Speaking via text message to a reporter from The Atlantic, White House adviser Stephen Bannon explained his reasoning for why Press Secretary Sean Spicer hadn’t spent much time in front of the camera as of late: he got fat.

Or at least “fatter.”

Bannon, who really has no room to talk, reportedly made his comment to the Atlantic over the weekend, in connection with an expose the magazine was writing about Spicer’s evolving role at the White House.

Bannon was asked via text why the briefings are now being mostly held off-camera, to which Bannon simply replied, “Sean got fatter.” He did not respond to follow-up questions.

Likely, Spicer never expected the Trump administration’s particular disdain toward politeness would be extended so harshly to him.

Spicer has increasingly given fewer on-camera press briefings, breaking with tradition. The briefings, formerly a mostly unwatched event in the Obama administration, have been carried by major news networks since day one of Trump’s presidency. That is, until Spicer began holding off-camera briefings, forbidding networks from filming video or audio of the interviews.

As the Trump administration continues to devolve, the number of on-camera briefings continue to shrink. Some blame Spicer’s inability to keep ahead of Trump’s lies, others in the media say that whether they are broadcast or not, they are not particularly useful to either the media or the public.

As we have seen reported in the last several months, Spicer is reportedly on his way out from the White House press room, and may even be being forced to recruit his own replacement. Still, despite these rampant reports, Spicer continues to maintain his position, however tenuous, as the mouthpiece of the White House.

Spicer’s appearance has been a topic of conversation long before Bannon said his insulting remark. Like his boss, Spicer has had wardrobe malfunctions and mishaps with fake tanner.

At the very first press briefing on the Monday following Trump’s inauguration, Spicer famously shouted at the press while wearing a much too large suit, prompting SNL parodies and widespread ridicule.