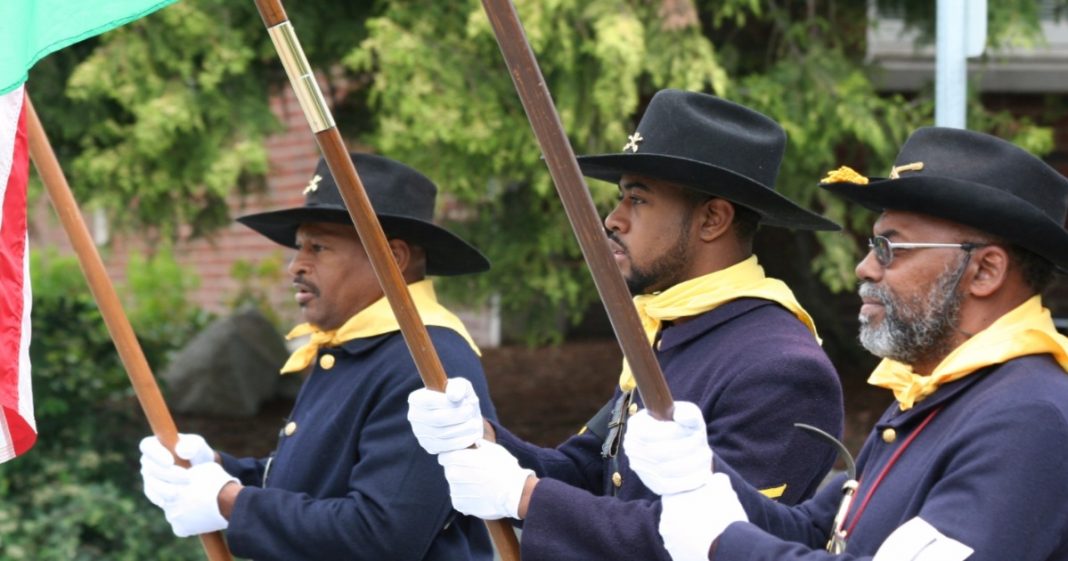 “Juneteenth” may sound like a fun, made up word, but the national holiday, also known as Emancipation Day, is an important memorial holiday created to remember America’s dark history.

Emancipation Day commemorates the day when the majority America’s black slave population was freed in belated response to the Emancipation Proclamation.

Though President Abraham Lincoln had signed the proclamation more than two years previously, it was not until June 19, 1865 that Major Gen. Gordon Granger arrived in Galveston, Texas to inform the farmers and townspeople that the proclamation had been signed. With that news, the reluctant community was ordered to release their black property from service.

Though it would take many years for all of those enslaved to be actually released from their bondage, this day marks the moment that America began to official recognize Black Americans not as chattel, but as human beings.

Most slaves had no idea that the president had freed them years before, and their owners often waited until the year’s harvest had been collected, or even longer, to inform their slaves that they were no longer property.

Still, communities across the nation are celebrating Juneteenth today and over the past weekend to remember the struggles of their relatives and how far we really have come.

Today, as we mourn the lack of justice for Philando Castile or read mournfully about the slaying of a black mother at the hands of yet another police force, the historical meaning of Juneteenth takes on an entirely new shade.