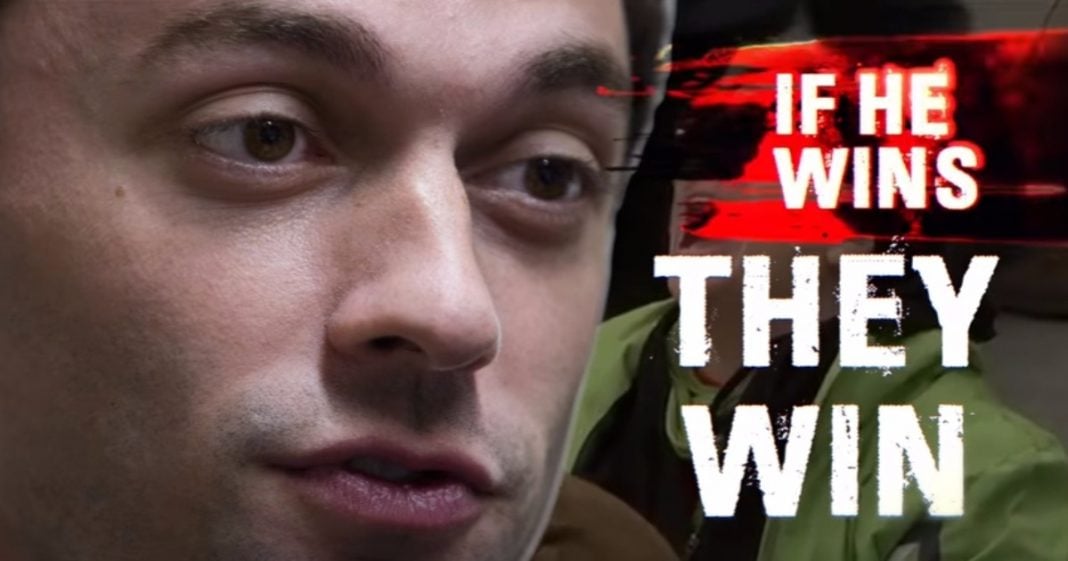 The race between Democrat Jon Ossoff and Republican Karen Handel is reaching a fever pitch just days before the congressional seat will be voted on; Ossoff continues to ride anti-Trump hysteria while focusing on local politics, meanwhile, Handel is resorting to base, anti-liberal hysteria to inflame her base.

The most expensive House race in American history has turned out quite a bit of television and radio ads, and a new ad paid by a GOP PAC against Ossoff is possible the most sad, despicable attack ad we have seen in quite a while.

With just days before the special election, this is the ad the GOP wants you to see:

The ad urges voters to support Handel, accusing the “unhinged left” of cheering for the death of conservatives. To help Handel, the ad claims that both Ossoff and Nancy Pelosi are part of the problem.

“The unhinged left is endorsing and applauding shooting Republicans. When will it stop? It won’t if Jon Ossoff wins.”

“These same leftists are all for Ossoff,” the ad proclaims.

Ending the ad with an ominous tag line of “don’t let them win,” it’s clear that the GOP is no longer interested in even discussing what their party has to offer – they are relying on base partisanship at its lowest level.

Ossoff has condemned the ad, calling on Handel to implore the PAC to remove it from television. Handel’s spokesperson Kate Constantini called the ad “disturbing and disgusting.”

The race between Ossoff and Handel remains a close one. Ossoff has consistently led by 1 to 2 points in recent polling, but well within the margin of error. The race is being seen as a proxy for the 2016 election, and millions of dollars have been poured into the low-level election.

If Ossoff wins, it will be a signal to the GOP that they are far more vulnerable in once securely red districts. It will also light a fire under the ongoing resistance and signal that the 2018 midterms may truly be the place where the Democratic party can regain majority in the House.