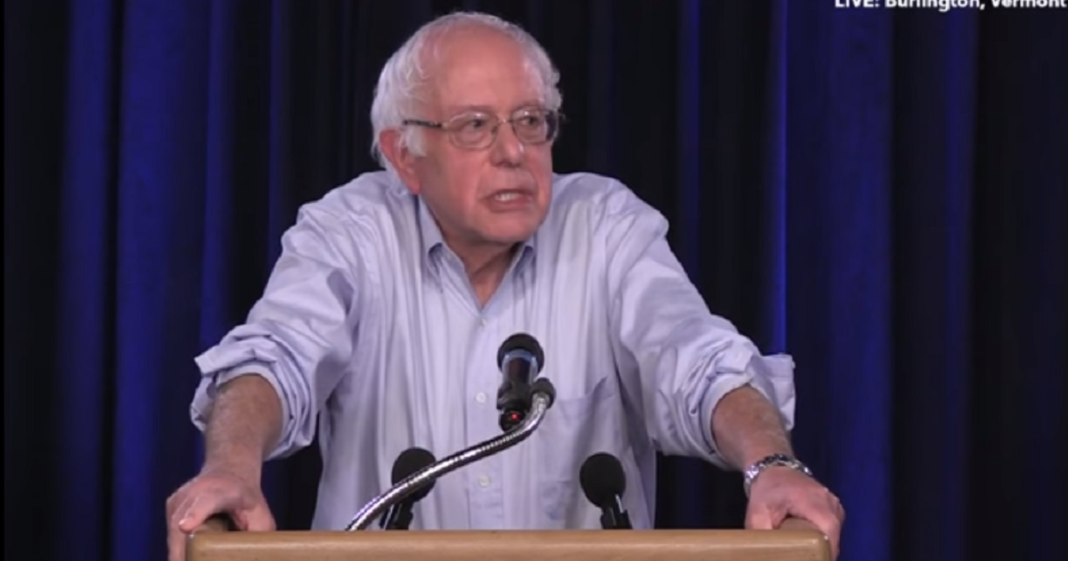 Appearing Sunday on CBS’s “Face the Nation,” Senator Bernie Sanders expressed his disdain for Senate Republicans who continue to write their healthcare bill in total secrecy.

The Senator declared that it was “completely unacceptable” that GOP members could write their bill in seclusion, with no input or insight from Senate Democrats or the public as a whole.

“Nobody can defend a process, which will impact tens of millions of Americans, and nobody even knows what’s in the [legislation]…The reason they don’t want to bring it public is because it’s a disastrous bill, I suspect similar to what passed in the House.”

Sanders’ prediction that the AHCA is a disaster is not a far leap to make – after all, earlier versions of the bill were universally panned and even Republicans found it hard to defend the loss of coverage to their constituents.

The Senator gave his opinion on the earlier versions of the bill as well.

“It was the worst piece of legislation, frankly, against working class people that I can remember in my political life in the Congress. Throwing 23 million people off of health insurance is beyond belief.”

Indeed, Republicans have continued to butt up against an impossible task: they must either remove millions from their healthcare, or they must admit that preexisting conditions is a vital, unremovable part of American healthcare in 2017.

Instead, they refuse to acknowledge their quandary and instead are hoping to shove a healthcare bill into law without it ever seeing the light of day.

Fortunately, Senate Democrats are preparing to take action; on Monday, a late-night talkathon is planned by Democratic leadership in order to pressure Republicans in the Senate to hold hearings on the proposed bill. Democrats plan to speak until at least midnight to raise awareness of what Republicans would prefer to do in the dark of night.