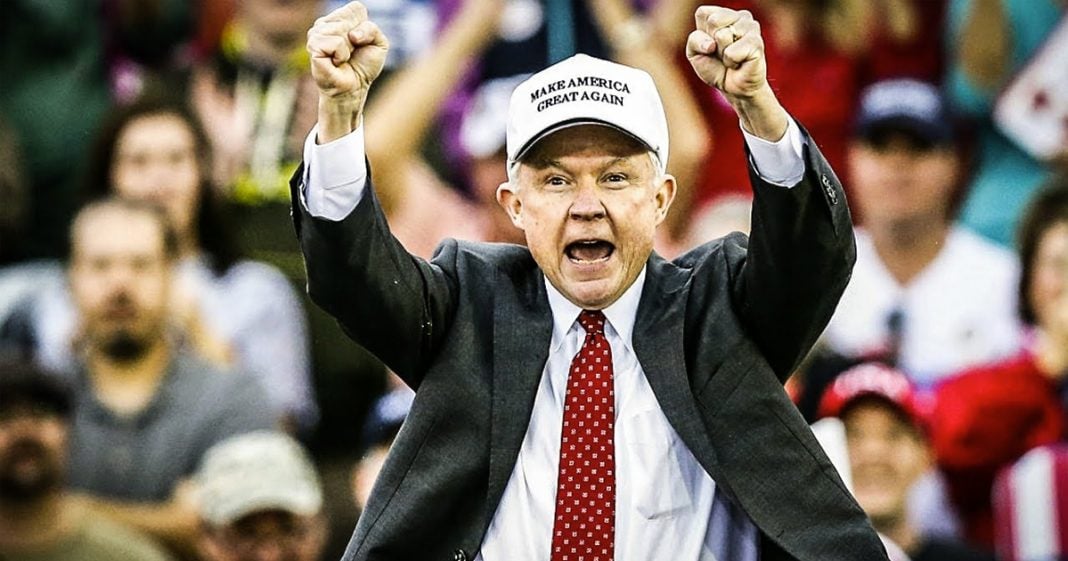 Attorney General Jeff Sessions has made getting rid of marijuana his top priority, but it is a priority that the majority of this country believes is a bad idea. His latest efforts involve writing to Congress to ask for the authority to throw legal, medical marijuana distributors in prison, a move that would easily run afoul of the U.S. Constitution. Ring of Fire’s Farron Cousins discusses this.