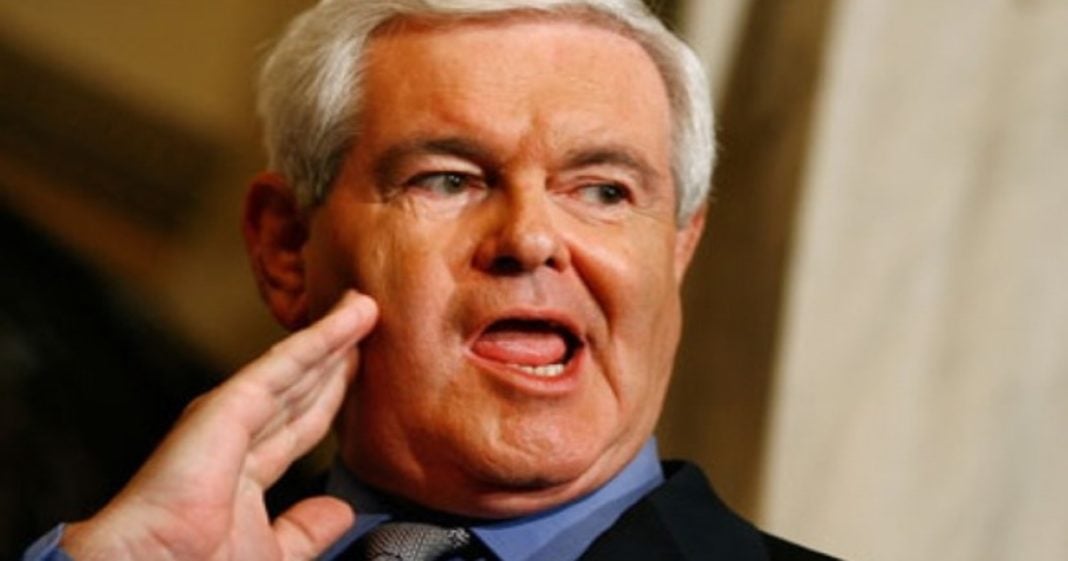 As experts continue to peer deep into the issue of whether or not President Trump engaged in obstruction of justice when he fired former FBI Director James Comey, Newt Gingrich says that a president can’t obstruct justice at all.

That makes things simple, Newt. Thanks!

According to Gingrich, the President cannot obstruct justice, by definition of being president.

“The president of the United States cannot obstruct justice.”

And yet then-Speaker of the House Newt Gingrich led the impeachment of Bill Clinton by claiming, you guessed it, obstruction of justice.

The Georgia congressman led the impeachment of Clinton on two counts – obstruction of justice and perjury. Both were in relation to investigations into Clinton’s misconduct with Monica Lewinsky.

How can Gingrich explain this monumental hypocrisy? The same way that he can sleep at night after having shilled for President Trump again and again – because he thinks doing so will help him win in the future.

The truth is that many presidents have been investigate for potential obstruction of justice. By being investigated, Trump joins a list of esteemed leaders of the free world including Bill Clinton, Richard Nixon, and Andrew Jackson. Technically Jackson was charged with obstruction of justice before becoming president, but things were a bit different back then. Notably, Trump has listed Jackson as a personal hero of his.

Republicans are no longer concerned with doing what is right, or even what looks right. Folks like Gingrich, McCain, Hatch, Ryan, and many others are willing to roll over and lie constantly on behalf of Trump in a gamble that doing so will get them what they want. Whether that be more political power, a major piece of legislation, or merely keeping their office in 2018 and 2020.

Republicans don’t care about us, which is why they are so willing and eager to outright lie every single day.