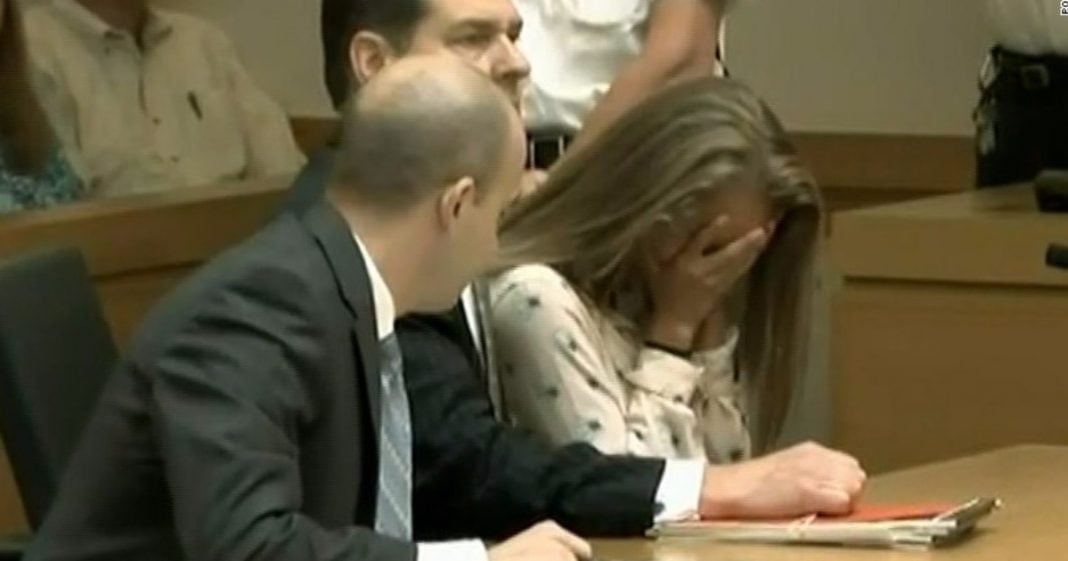 A woman who was accused of causing her boyfriend’s suicide through repeated and sustained emotional abuse was found guilty by a judge on Friday.

Michelle Carter, 20, will now face sentencing for involuntary manslaughter in connection with the 2014 death of Conrad Roy III.

As prosecutors attempted to prove, Carter engaged in a sustained campaign to cause Roy’s death, including repeatedly urging him to kill himself, and outlining exactly how he could do it.

In the Judge’s ruling, he outlined that it was both Carter’s actions and inaction which led to her guilty verdict.

“This court has found that Carter’s actions and failure to act where it was her self-created duty to Roy since she put him in that toxic environment constituted reckless conduct. The court finds that the conduct caused the death of Mr. Roy.”

Carter was present by phone and text during the moments before and during Roy’s death, at one point directing her boyfriend to get back into the vehicle where he was poisoning himself with carbon monoxide.

Roy was apparently having second thoughts about his suicide attempt, but Carter told him to get back into the car, berating him.

The final piece of evidence that Carter contributed directly to Roy’s death was her admittance through text that she was not attempting to seek any help for her boyfriend, nor did she ever direct him to remove himself to safety.

Prosecutors argued that Carter contributed to Roy’s death in the hopes of receiving positive attention from friends.

Carter may be sentenced with as many as 20 years in prison for her role in Roy’s death.