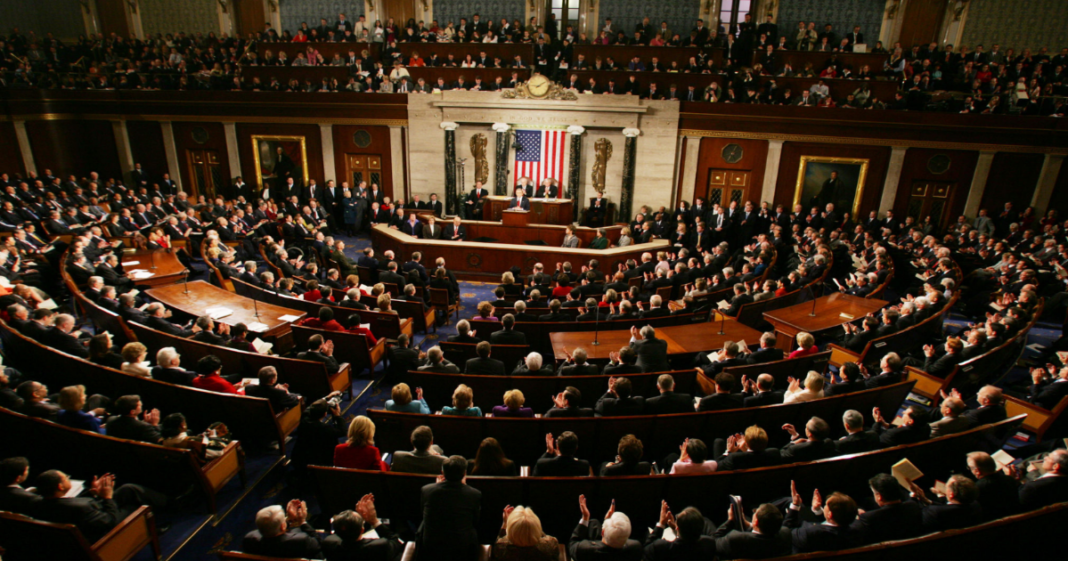 Next to golfing, Donald Trump’s favorite activity must be litigation. Over the past three decades, Trump has been involved in nearly 4100 lawsuits, both as defendant and plaintiff. Taking over the White House has not stemmed the onslaught of legal action, either.

This week, two additional lawsuits were filed over alleged violations of the Constitution’s Emoluments Clause, bringing the total based on that cause of action to three. Meanwhile, a fourth lawsuit over climate change – brought by plaintiffs who have the most to lose – has been given the green light by a federal judge. (Another climate lawsuit was filed against the Trump Administration last week.)

The word “emoluments” (for those unfamiliar with it) is an antiquated term referring to anything of value, be it a material object or a service provided. The Constitution is very clear on this issue. Also known as the “Title of Nobilty Clause,” Article I, Section 9, Clause 8 of the Constitution says:

“No Title of Nobility shall be granted by the United States: And no Person holding any Office of Profit or Trust under them, shall, without the Consent of the Congress, accept of any present, Emolument, Office, or Title, of any kind whatever, from any King, Prince or foreign State.”

So far, Congress – even the GOP majority that has bent over backward to enable and defend Trump at every turn – has not granted any such consent. Joshua Matz, a former law clerk to Supreme Court Justice Anthony Kennedy, wrote an excellent article on the subject, explaining in no uncertain terms how Trump has violated the Emoluments Clause:

“Because of his ownership stake in the Trump Organization, Trump’s private financial interests are intertwined with a business empire subject to many possible burdens and benefits abroad…as a result, in his dealings with foreign powers, Trump may be guided not only by the interests of the United States, but also by those of the business that bears his name.”

Of course, Trump is not the first White House occupant to have such financial interests. However, all of his predecessors have separated themselves from such interests by putting their investments into a blind trust during their terms of office. Trump, as readers may remember, said he would have his children run his companies – and we have seen how that works.

The first emoluments lawsuit was filed in January by Citizens for Responsibility and Ethics in Washington (CREW). This action was taken in response to concerns that were expressed even before Trump moved into the White House. This week, attorneys general in Washington D.C. and Maryland brought legal action against Trump for “flagrantly violating the Constitution.”

Two days later, 196 Democratic members of  Congress, led by Senator Richard Blumenthal of Connecticut and Representative John Conyers Jr. of Michigan, filed the largest emoluments lawsuit in U.S. history. No GOP members have signed on, although Blumenthal says they’ll be extended an invitation to join – but we’re not holding our breath.

Emolument lawsuits aren’t the only legal problems facing Trump this week. Last year, a group of children filed a lawsuit against the Obama Administration for its failure to take aggressive action on climate change. The lawsuit also named fossil fuel companies and their lobbyists as defendants for their roles in suppressing climate science and spreading disinformation. In November, U.S. District Judge Ann Aiken denied the government’s motion to dismiss the case, but Obama’s would-be successors in the Trump Administration are continuing to fight it.

First, they filed a request for interlocutory appeal (also known as an interim appeal), asking the court to rule on the case before the conclusion of the trial. Judge Aiken denied that petition on June 9th. The next day, Trump Administration lawyers filed a “Writ of Mandamus” in an attempt to prevent the case from moving forward. The plaintiffs in this case, aged 9 to 21, allege that in failing to take action against climate change, the federal government and the fossil fuel industry are violating their constitutional rights to life, liberty and property and have failed to  act in good faith as stewards of public resources.

Those children and young people were joined this week by the Natural Resource Defense Council, who filed suit against the Trump Administration for violations of the Clean Air Act by its failure to enforce anti-pollution regulations governing the fossil fuel industry.

It remains to be seen as to whether any of these lawsuits will succeed; legally, all of this is uncharted territory, with little in the way of precedence to rely on. Whether they succeed or fail however, these lawsuits – and others that are sure to follow, along with current investigations into his Russian connections – will be sure to keep Trump occupied and hopefully distracted from his unholy mission to destroy American democracy and the rule of law.