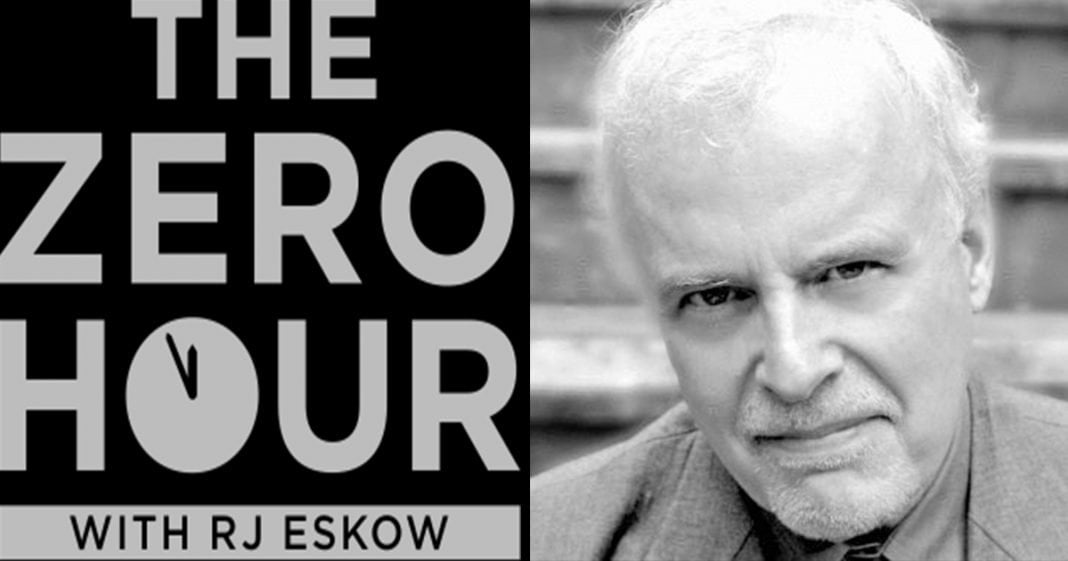 The Ring of Fire is proud to welcome our newest host, Richard (RJ) Eskow, to our esteemed lineup. RJ brings vast experience in both the public and private sectors to our platform. His data-driven approach stands in stark contrast to the sensationalism and dishonesty found in the corporate media.

RJ is the Host and Managing Editor of the weekly radio program, “The Zero Hour.” He brings years of experience as a writer, policy analyst and consultant with experience in health financing, social insurance, and related fields.

RJ has been among those credited in the growth of The Huffington Post. Author Eric Boehlert wrote in his book “Bloggers on the Bus: How the Internet Changed Politics and the Press”:

“Huffington Post founders thought the celebrities and boldface names from Huffington’s gold-plated BlackBerry were going to be The Thing, the big draw … Instead, editors learned that readers cared more about good writing and a passionate point of view than they did the boldface byline. So previously unknown writers, such as the consultant RJ Eskow … emerged as the unlikely breakout star bloggers.”

RJ has served as substitute host of The Young Turks, where he is still a frequent panelist. His media appearances include CNN, Fox News, BBC, Al Jazeera, and other outlets. He has been quoted in the New York Times, the Washington Post, and other publications. He is one of “50 leading futurists” whose forecasts were anthologized in “The Rough Guide to the Future.”

RJ is also currently a Senior Fellow with the Campaign for America’s Future, where he primarily comments on economic and financial issues. His writing has been anthologized three times in Best Buddhist Writing of the Year. He is a Contributing Editor to Tricycle magazine and is regularly published in a variety of online and print publications, including Salon, The Nation, Truthout, and Common Dreams.

He has worked on large-scale international projects with the United States Agency for International Development (USAID), the World Bank, and other agencies. Other areas of experience include finance, underwriting, data analysis, strategy, and information technology.

RJ also directed a multi-year project, funded by the United States State Department, to redesign the health economies of nations emerging from communism in the early 1990s. He led a consortium of universities, think tanks, and private companies which was active in more than 20 countries. He has personally worked in India, Japan, Eastern Europe, Western Europe, and elsewhere in Asia and Africa. Richard’s private-sector experience include stints as the CEO of several specialty health companies, and as a senior executive with AIG and other large corporations.

The Ring of Fire looks forward to sharing RJ’s excellent content with our audience. Welcome aboard, RJ!