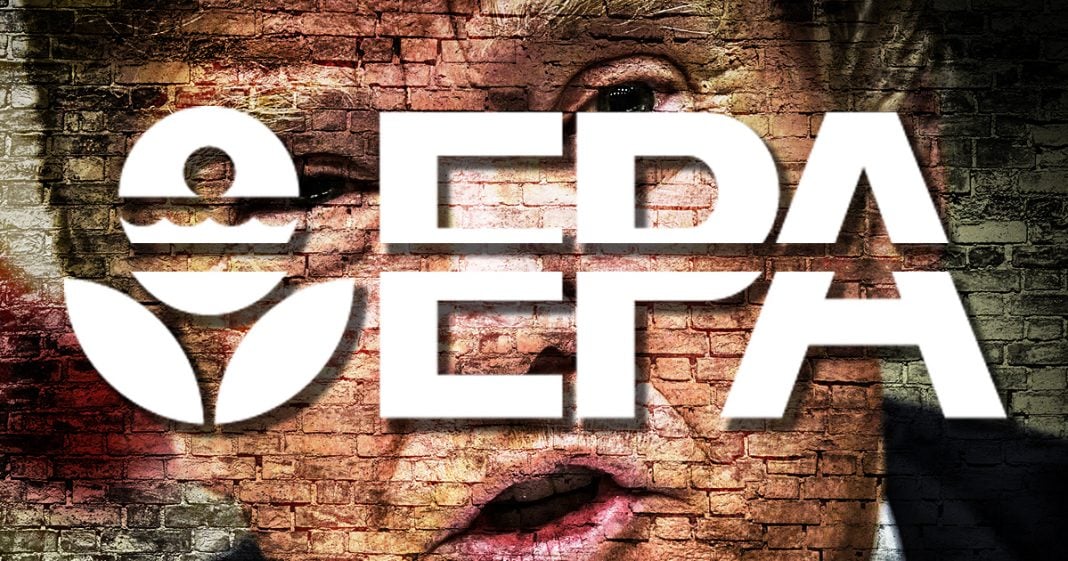 Since the beginning of Trump’s tragicomic Reign of Error, he has made it his mission to appoint people to head federal agencies who are hell-bound and determined to destroy those same agencies and thwart their purposes at ever turn.

Case in point: former Oklahoma Attorney General and State Senator Scott Pruitt, who opposes (among other things) environmental regulations and the EPA’s “activist agenda” – and is a climate denier to boot.  Who better for Trump to head the EPA? Well, hold on to your hats: Pruitt has chosen the fossil fuel industry’s go-to guy when those pesky “Big Gummint” agencies and “tree hugger” organizations get in their way. Meet environment and litigation attorney Patrick D. Traylor.

According to Traylor’s profile,

“When companies in the energy sector decide to construct or expand their most complex facilities, they turn to Patrick Traylor to secure project-critical air quality and climate change preconstruction permits. These same companies also rely on Patrick to conduct internal investigations and represent them in Clean Air Act enforcement litigation brought by the EPA and environmental groups.”

Past satisfied clients include Koch Industries, Dominion Energy and TransCanada. Cases that he has worked on over the course of his career include U.S. v. Detroit Diesel Corporation, Sierra Club v. Two Elk Generation Partners LP, and Sierra Club v. San Juan Coal Company et. al. Traylor also represented the corporate defendants – a group of Southwest utility companies –  when representatives of the Navajo Indian Nation brought a lawsuit against them for violations of the Clean Air Act.

Now, this same attorney who has defended corporate polluters against the EPA and environmental groups is the EPA’s new deputy assistant administrator in its Office of Enforcement and Compliance Assurance.

How hard do you think Mr. Traylor will be fighting for clean air for the rest of us? Obviously, we cannot predict what Traylor will and will not do in his new job, but Pruitt’s – and by extension Trump’s – intentions are abundantly clear. They do not want regulations to stand in the way of COMMERCE and fossil fuel profits.

Traylor is not Pruitt’s only questionable choice to work at the EPA. Last month, Pruitt selected former banker Albert Kelly – also from Oklahoma – to chair the Superfund Task Force. Not surprisingly, Kelly has no knowledge or experience in environmental issues – but he has been a lobbyist on behalf of corporate polluters.

A couple of weeks prior to that, Trump himself nominated Susan Bodine, an attorney with extensive background in environmental law – specifically, helping corporations to skirt those laws. The firm at which she was a partner represents an organization of companies are in big trouble with the EPA, which has several hundred enforcement actions filed against them.

All of this comes at a time that Trump is fighting all attempts by the Office of Government Ethics to conduct public investigations into the large and growing number of former corporate lobbyists that now infest his Administration….demonstrating that he and his cronies are determined to make the term “Government Ethics” an oxymoron.