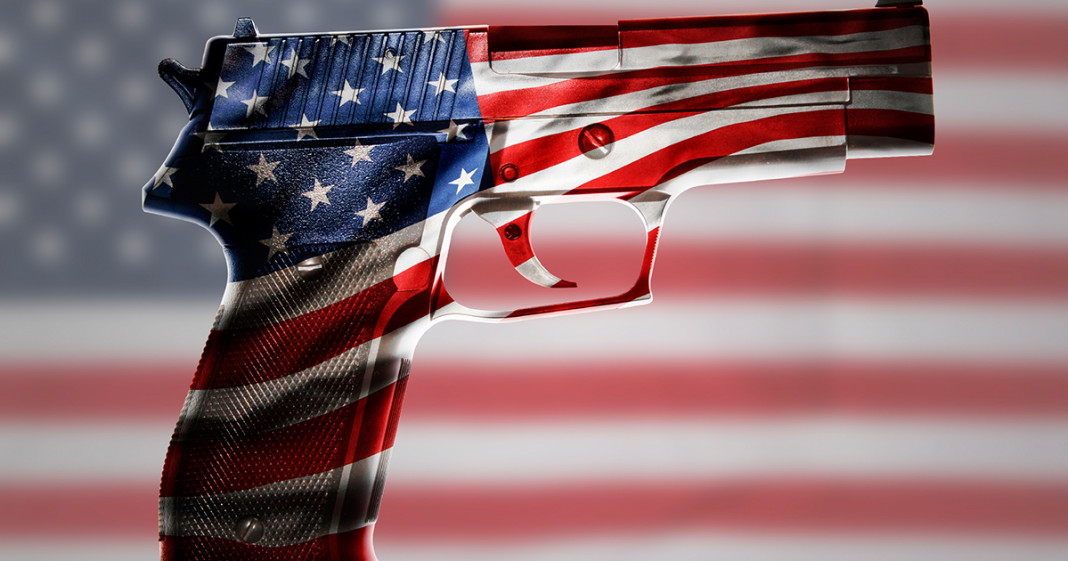 I began this article as we marked the one-year anniversary of the Pulse Nightclub attack. But, Wednesday’s event at the GOP baseball practice made this even more poignant. If we want real change with gun violence, then rhetoric has to take a backseat to reality. This goes for both sides. First of all, no one deserves to be shot. I don’t care how Rep. Scalise has voted in the past. He, his aides, nor the law enforcement officials on hand did anything to deserve this violent act. Likewise, the victims in the Pulse Nightclub attack did not deserve to be killed, no matter your views on LGBTQ rights.

Last year and likewise Wednesday morning, we saw anti-gun news anchors fumble all over descriptions of firearms that were wholly inaccurate, doing nothing but add to gun hysteria in this country. Likewise, the Conservatives “celebrating” that the alleged gunman was a Bernie supporter do absolutely nothing to solve the very complex issues in this country. It truly seems that pundits in the media or in political office are not actually concerned with addressing the issues of gun violence.

To truly fix what is wrong with our country, in terms of firearms, we must start with facts. Guns, in the hands of law abiding citizens, do indeed prevent crime. Data from the Department of Justice has shown that criminals are indeed fearful of encountering a lawfully armed citizen when committing a crime. 74 percent of inmates that were locked up answered a survey saying, “one reason burglars avoid houses when people are at home is that they fear being shot during the crime.”

On the other hand, on Monday The New York Times praised Britain’s strict gun laws as likely preventing wide-spread shooting sprees. Though gun crime is on the rise, the rate of gun violence in the UK is indeed minuscule. Additionally, in the wake of this month’s deadly knife attacks in London, the NYT criticized President Trump’s crass tweet regarding the terrorist act, which echoed a familiar argument from conservatives:

Do you notice we are not having a gun debate right now? That’s because they used knives and a truck!

The Times points out that the United States has a gun-related death rate 25 times higher than other high-income countries, like Britain. Indeed, the US has a gun problem but the issue is perhaps much more complex than tighter controls or, conversely as Conservatives wish, more guns on the streets. Mother Jones correctly points out that in mass shootings, more than three-quarters of the guns used were legally obtained.

Though, it is also important to point out that another Department of Justice study shows that almost eighty percent of inmates that used a gun while committing a crime either obtained the firearm illegally or legally but through an intermediary, like a friend or family member. There are also numerous studies that show defensive gun use does indeed deter crime. While some have detracted from his work, a knowledgeable resource on the topic is criminologist Dr. Gary Kleck.

Kleck’s work is not without flaws, specifically his assertion that annually, guns were used in self-defense approximately 2.5 million times, which critics has said is an implausibly high number. However, other parts of Kleck’s work has been instrumental in showing that magazine capacity or rate of fire has little effect on the casualty count in a mass shooting, because the killer typically carries several weapons and plans on reloading or replacing weapons several times throughout the incident. His research has also shown that capital punishment is not a likely deterrent for violent crime.

Through research, like that of Dr. Kleck, we find that the gun control debate far too often focuses on the gun itself: the rate of fire, how many rounds can it hold, or even the aesthetics of the weapon. However, more dangerous than the gun is the person operating it. The conservative excuse that restricting how a firearm is obtained only benefits criminals must be overcome, while we must also look realistically at the specific instances where guns are misused.

Yes, there will always be those the find their way around gun laws. ISIS even circulates gun law loopholes on their website. But, terrorists have proven that without a gun, they will simply turn to pressure cookers, box trucks, or knives. However, we can have a real impact on every day crime statistics. Sure, we may hear more about a terrorist attack on TV, but on average someone dies each hour from gun violence in this country.

Studies have shown that an average of 74 people a year are killed by foreign-born terrorists (even including the 2,983 lives lost in the 9/11 attacks). Compare that to the estimated 15,696 murders in the US in 2015. Of those murders, over 61 percent relied on the use of a firearm.

Increasing checks, eliminating purchase loopholes, and improved tracking for firearms are all ways that we can significantly reduce the rate of gun violence in this country. Yet, that’s not the debate we’re having. Instead, we are spending billions of dollars to stop the rare occurrence of terrorism.

One important measure we must take is to hold gun owners responsible for the security of their weapons. If it can be proven that you did not take appropriate measures to prevent unauthorized access to your guns, you should face consequences. Gun theft and “straw man” purchases made by friends or families must stop. If your gun injures or kills someone, you must bear responsibility of some sort, no matter who pulls the trigger.

If we want to seriously impact gun violence, another one of the biggest things we can do is address the criminal justice system. The most likely people to use a gun in a crime are those that have done it before. The recidivism rate for those using a gun during a crime is tremendous – 68 percent. Most of these people will likely commit their next offense within two years of release. Education also plays a major role in determining recidivism.

We must encourage more supervision and reintegration programs after release, as well as doing more to encourage education while someone is behind bars, if we want to cut down on gun-related deaths. Of course, those programs would be much easier to fund if we did away with mandatory sentencing for minor offenses like possession of marijuana.

Essentially, there is a preponderance of evidence that shows there are both good and bad people wielding guns. The challenge, it would seem, is to keep guns out of the hands of so-called “bad guys” and allow responsible law-abiding citizens to remain armed. But, that’s not the agenda of the NRA or conversely, staunch supporters of gun control. Sensible debate is almost always shunned for the sake of sensationalism.

To truly fix gun violence in this country, we have to combat the narrative that all guns are inherently evil. If we want to realistically combat gun violence, we must rationally address issues and aim to fix the root causes of gun violence. None of those causes stem from larger magazines, “military-looking” weapons, or somehow declaring that a particular rifle is an “assault” weapon.

That said, the gun culture in America also must change. We cannot allow conservatives and National Rifle Association goons and lobbyists to fight even the most reasonable of gun laws. We must do more to keep guns out of the hands of people that are likely to use them for evil.

Sure, there will be people that obtain firearms illegally – no matter what safeguards we have in place. Those people will commit horrendous crimes, no matter what changes we make. Dylan Roof would have attacked those inside the Emanuel African Methodist Episcopal Church regardless of the legality surrounding his weapon. However, for the nearly 10,000 people murdered by guns in the US each year, whether they garner widespread coverage in the media or not, we can do much better.