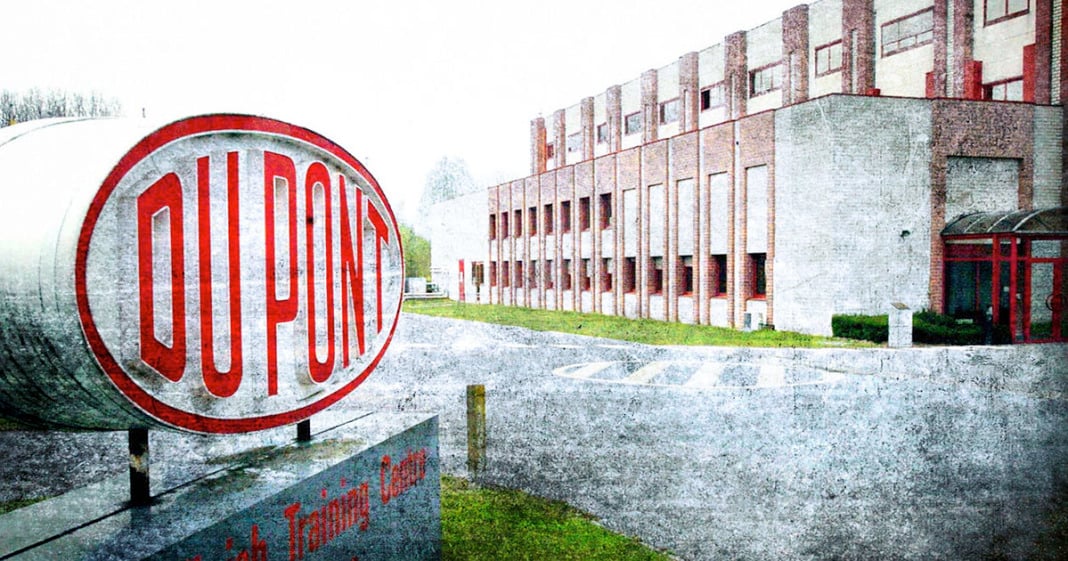 In February of this year, DuPont and its spinoff Chemours finally agreed to pay out the $670+ million settlement stemming from their toxic chemical Perfluorooctanoic acid (PFOA), commonly known as C8. The chemical was shown to cause kidney, pancreatic, liver, and testicular cancer, high cholesterol (hypercholesterolemia), pregnancy issues, including preeclampsia, thyroid disease, and ulcerative colitis in thousands of cases.

The carcinogenic chemical was used to manufacture Polytetrafluoroethylene (PTFE), known as Teflon. Teflon is most commonly used as a non-stick coating found in cookware. But by 2003, DuPont had dumped almost 2.5 million pounds of C8 from its Washington Works plant into the mid-Ohio River Valley area. To date, the chemical has been found in drinking water in 27 states. This all took place even 53 years after DuPont classified C8 as a toxin.

Now, it appears that the chemical that DuPont and Chemours have relied on to replace C8 in Teflon may be just as bad. Known as GenX, the new chemical has been known by the Environmental Protection Agency (EPA) to have negative health effects since at least 2006. Yet, the unregulated chemical has been continuously dumped into the Cape Fear River in North Carolina since 2009. Ring of Fire’s Mike Papantonio addressed DuPont’s deception with Ed Schultz on “News with Ed” (story continues after video):

In response to the C8 lawsuits, companies like Chemours, Dow, and 3M sought to develop chemicals with a similar composition to C8, but with a shorter molecule chain, in hopes it would be less harmful to humans. The smaller chain allows the body to pass the chemical quicker, however it appears to still be quite dangerous. Even in its consent order, the EPA noted that GenX shows many of the same harmful properties as C8.

In a series entitled “The Teflon Toxin” published by The Intercept, it was revealed that DuPont filed numerous reports confirming the risks of GenX. In experiments, rats were shown to develop cancer, kidney and liver disease, various tumors, as well as other negative health effects, all very similar to the effects of C8. Still, DuPont’s researchers claim that, “these tumor findings are not considered relevant for human risk assessment.”

Detailing just how terrible GenX can be, The Columbus Dispatch reported in February that:

From 2006 through 2013, DuPont filed reports with the U.S. Environmental Protection Agency on its testing of the substances that make up GenX. In 2006, DuPont reported that a 1963 study of those substances showed that adult rats given 7,500 milligrams died gasping, convulsive deaths within three hours. Those that received smaller doses survived with slightly enlarged livers. A 2013 report stated that rats given a much lower dose of GenX developed tumors in some organs. The report stated that “these tumor findings are not considered relevant for human risk assessment.”

Though DuPont and Chemours had previously assured regulators that GenX would not enter the environment, researchers have found the chemical in large quantities in North Carolina’s water supply. Wilmington’s The StarNews has reported that “researchers had found GenX in the Cape Fear River on three separate occasions in recent years. In 2013-14, a team of researchers and scientists found a GenX average of 631 parts per trillion, or nine times the advisory level for C8, at [the Cape Fear Public Utility Authority’s] water intake on the river.”

Unfortunately, because of the diminutive size of the molecule chain and the fact that Chemours and DuPont kept the chemical composition of GenX secret for many years, there is no way for a utility company to effectively filter GenX out of a water supply, meaning as many as 250,000 residents along the Cape Fear River could be consuming the harmful chemical.

Meanwhile, Dutch officials are opening their own investigation into GenX, as the chemical has been found in the Merwede River, which provides drinking water to approximately 750,000 people. The Dutch public health institute, RIVM is currently conducting a study into the long-term effects of the chemical and hopes to present some of its findings at a conference in August.

While it may seem that a massive lawsuit, fines from the government, and evidence that people are dying from a product would discourage a company from continuing to produce harmful chemicals and release them into the waterways, it is evident that it just isn’t enough. Even after spending over $60 billion in the wake of the Gulf Oil Spill, BP is still taking major risks because they returned to profitability just six years after the Deepwater Horizon explosion.

Quite frankly, the fines and settlements just are not enough. Now that the Trump administration’s insists on rolling back regulations, companies like DuPont and Chemours have zero reason to change their behavior. Mike Papantonio says that tougher measures are needed:

“These corporate thugs can kill thousands of people and keep earning millions of dollars and never see the inside of a prison. They act like criminals and should be treated as such. I have fought DuPont before and I will keep fighting until they stop poisoning innocent people.”

For more information on the fight against Chemours and DuPont, please visit: https://www.levinlaw.com/dupont-chemours-genx-lawsuit