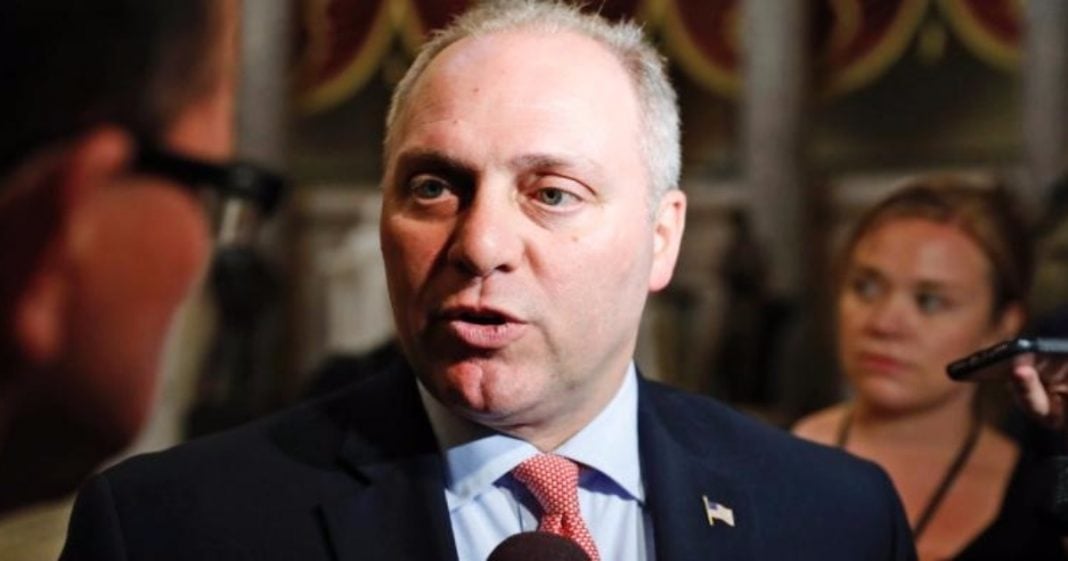 Five individuals including a gunman are being hospitalized today after the unidentified individual opened fire on a Congressional baseball practice.

Many GOP congresspeople and their staffers were present this morning at a baseball field in Alexandria, Virginia, practicing for the traditional charity game of Democrats vs. Republicans.

It was then, police and witnesses say, that an unidentified man walked onto the field and began opening fire, discharging more than 50 rounds.

The gunman hit House Majority Whip Steve Scalise in the hip. Witnesses say they saw Scalise crawling on the ground after being hit, trying to avoid the gunman. Three staffers were also hit in the gunfire before Capitol police intervened and exchanged gunfire with the attacker.

If Capitol police had not been present on the scene (most likely due to Scalise’s high-ranking presence), many on the scene feel the results could have been far more deadly.

Five individuals, including Scalise and the gunman were transported to a local hospital. Two Capitol police and one Congressional staffer were also struck by the gunman’s bullets.

Scalise is reportedly in stable condition and has gone into surgery to treat his injuries. No word yet on the status of the gunman.

Congressman Duncan said that an unidentified man asked him as he was leaving the field whether those playing were Democrats or Republicans. Duncan initially believed that the man who asked him was the shooter, but later said that he wasn’t sure. As of now, that fact is unconfirmed.

So far, officials say they have found no link between the attack and organized terrorism.

President Trump responded to the attack, saying he was “deeply saddened” by the violence and is expected to make a statement.

Rep. Steve Scalise of Louisiana, a true friend and patriot, was badly injured but will fully recover. Our thoughts and prayers are with him.

In response to the attack, many have already begun exploiting the incident for their own political gain. The NRA began hitting back at expected gun control arguments, while others argued that recent actions by Kathy Griffin and others had created the environment of violence which led to the attack.

#ICYMI Background Check’s do not stop criminals #2A https://t.co/BK4YeKDbQH

The game was scheduled to be held tomorrow. There have been no announcements about whether the game will be canceled or rescheduled.