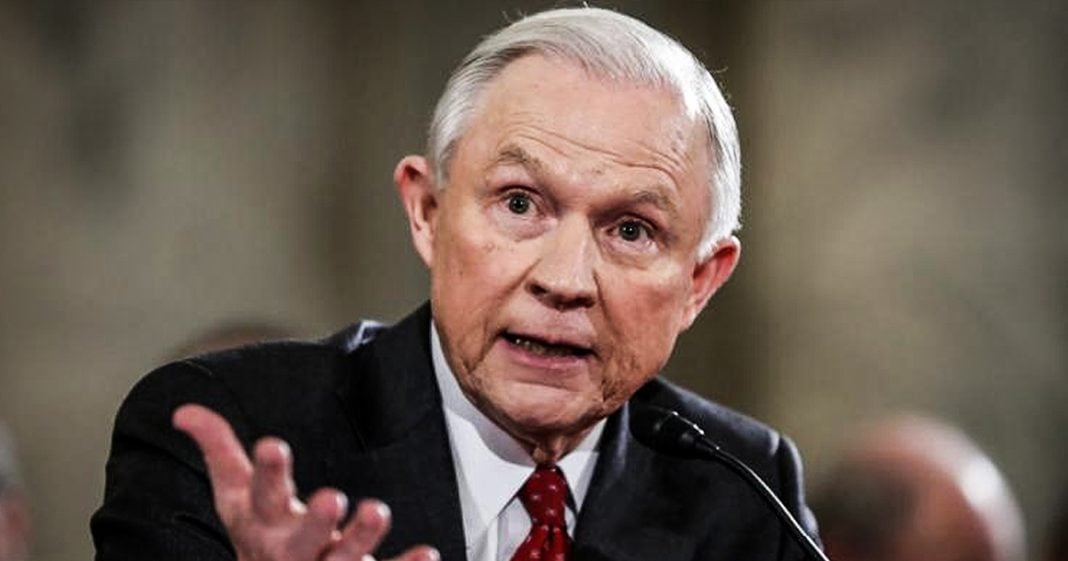 Senator Elizabeth Warren is ready to see Attorney General Jeff Session kicked out of office if it can be confirmed that he lied under oath during his confirmation hearing.

Appearing on David Axelrod’s podcast this week, Warren said that the government needed to fire Sessions if there was evidence to confirm earlier reports that he lied during his confirmation hearing.

“He needs to be fired. He needs to be taken out of that job. If you’re not going to be honest during your confirmation hearing, then you ought to be gone.”

Warren, like many other Democratic Senators, has been outspoken about the continued corruption in the Trump administration. Sessions’ misconduct, it would seem, is no exception.

Of course, with such an openly corrupt Attorney General in an openly corrupt administration, it’s hard not to take a shot. Sessions is accused of lying during his confirmation hearing about his contact with Russian officials.

Because of this testimony, Sessions agreed to testify under oath before the Senate Intel Committee. He later amended his agreement to testify before a public hearing so that the American people could hear his account of things, directly from him.

Sessions is expected to testify today at 2:30 ET.

Will his lies be revealed, and will he soon be out of a job? If Warren has any say in the matter, the answer ought to be a resolute “yes.”