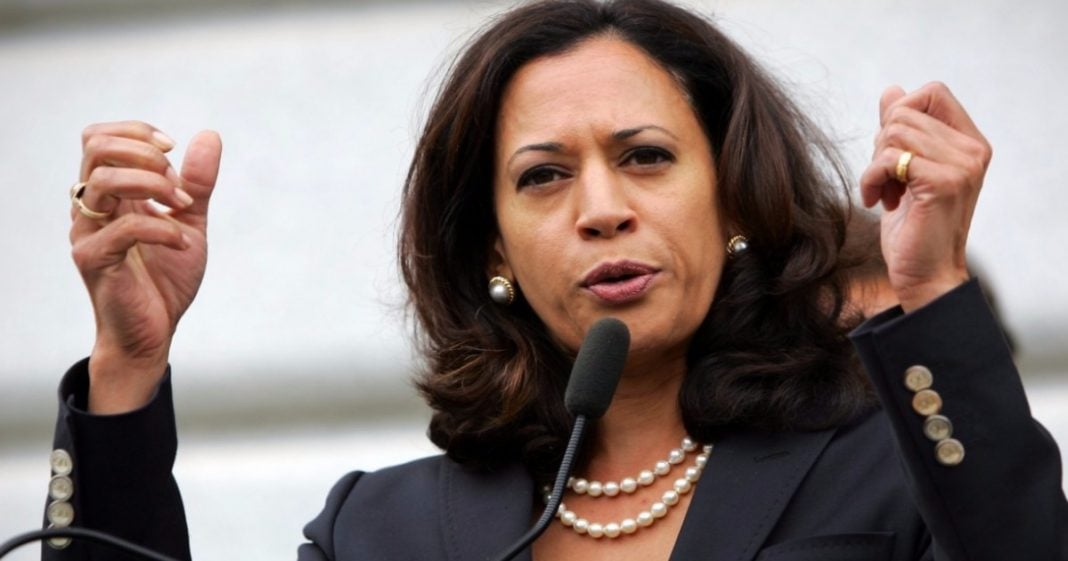 After a nauseating round of soft-ball questions and a failure to hold Attorney General Jeff Sessions accountable, many breathed a sigh of relief to see Senator Kamala Harris preparing to launch her own set of questions at the man under oath.

Sessions was attending his own hearing regarding the ongoing Russia investigation, and particularly focused on some claims made by former FBI Director James Comey. The Attorney General wanted his hearing to be public, but it became clear almost immediately that a public hearing did not necessarily mean that the public would be getting any answers at all.

Harris was seeking to draw some honesty from Sessions when it was her time to interrogate the man. Unfortunately, as we saw in a similar hearing this time last week, Harris was unable to fully exercise her Senatorial privilege thanks to a vein of disrespect from both Sessions and the Republican Senators in the room.

“I’m not used to being rushed this fast. It makes me nervous.” – Sessions to Sen. Kamala Harris https://t.co/vOX1I1fJfW pic.twitter.com/PXLD5OjIky

Harris had plenty of time to observe Sessions’ particular brand of obfuscation and diversion throughout the first half of his testimony before the Senate. Sessions seemed an expert at flaunting flowery language and going stunningly off-topic in order to run the clock out on an adversarial Senator’s inquiry.

If Sessions knew anything, he would no doubt have know to apply those skills on Harris, a former prosecutor and a Democrat. From the start of Harris’s testimony, she seemed intent on keeping Sessions on topic and cutting him off any time his answer floated into ambiguous, irrelevant territory. This rigidity was apparently interpreted as rudeness.

As Harris badgered Sessions to give a straight answer, quickly asking follow-up questions in order to make the most of her short time, Sessions grew flustered.

“I’m not used to being rushed this fast. It makes me nervous,” Sessions said, frustrated.

Imagine being made to feel nervous at one’s own senate hearing under oath and penalty of perjury. How rude!

Senator John McCain then spoke up out of turn, calling on Harris to allow the witness to speak.

“Chairman, witnesses should be allowed to answer the question.”

McCain was then chastised by Chair Orrin Hatch, who then directed Harris to allow Sessions to speak.

Just as last week, Harris was the only Senator singled out and chastised in the ongoing hearings. What makes Harris so different from the other Senators in the committee?

I can think of three things…