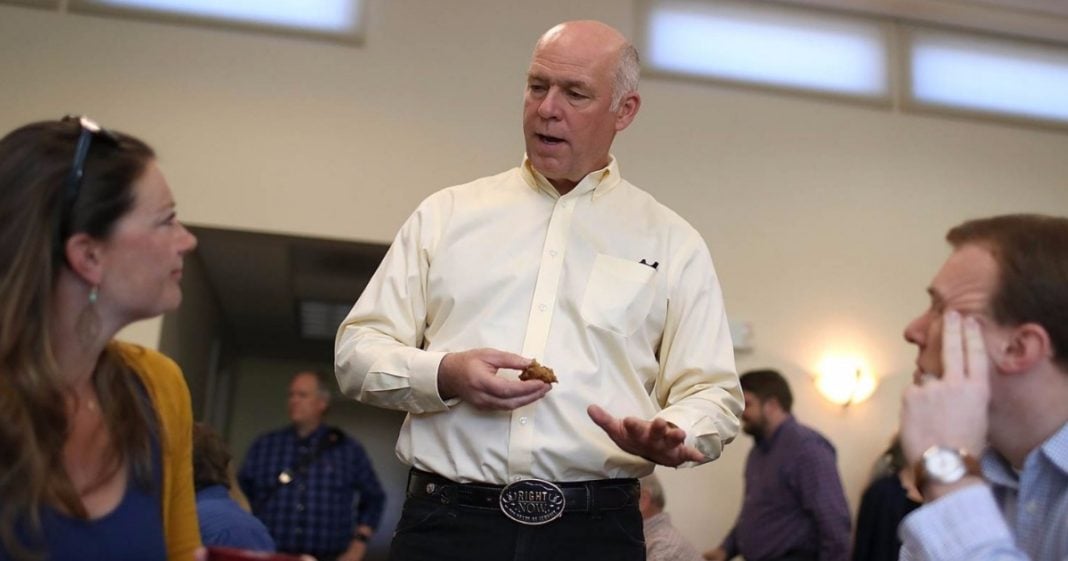 The man who violently assaulted Guardian reporter Ben Jacobs the day before his election has been found guilty but will serve no jail time for his crime.

Greg Gianforte pleaded guilty to assault in connection with his violent attack on Jacobs, but the judge ultimately decided that jail time was unnecessary for the newly-minted Congressman.

Gianforte made national headlines a day before the vote was held in Montana last month for being caught on an audio device chokeslamming a reporter who dared to ask him about the latest version of the AHCA.

Not only did Gianforte react in violence, but he immediately began lying about what he had done, despite audio evidence and a handful of witnesses. Gianforte and his aides accused Jacob and eyewitnesses of lying and released their own statement accusing Jacobs of instigating the violence.

Still, despite his crimes, he won the Congressional seat and ignored pressure to turn the job down.

In the wake of the attack and election, Gianforte revealed that he had lied about what happened that day, and issued a letter of apology to Jacobs. Gianforte pleaded guilty to the assault charges and awaited his punishment.

Thanks to our great justice system and it’s blindness, Gianforte was sentenced to four days in jail for his assault on the free press. That four day sentence was then cut down to just two days thanks to a work-release program that would allow him to serve half of his sentence working rather than sitting in a cell.

The judge then discovered that such a work release program can’t be applied for those found guilty of assault. Rather than subject the Congressman to four whole days in jail (the agony), he cut the sentence entirely.

Gianforte is now expected to do 40 hours of community service and 20 hours of anger management.

One can’t help but think of the years in prison that black and brown men are given for possessing marijuana when imagining how Gianforte was able to openly assault a member of the press, become a Congressman, and get away scot-free.