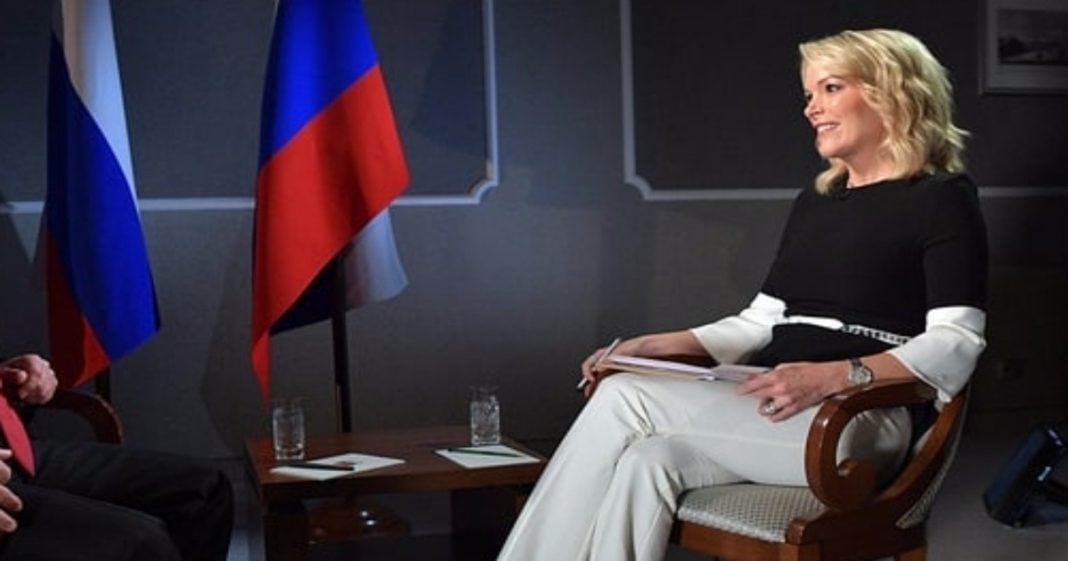 Over the weekend, controversial news figure Megyn Kelly ruffled feathers when news broke that she had invited conspiracy theorist Alex Jones on her newly-premiered NBC show.

Jones, who is an offensive and controversial figure for many reasons, was rejected most outright by NBC viewers for his damaging denial of the Sandy Hook massacre. At the time of the tragic shooting in the elementary school, Jones was the leading voice which argued without evidence that the shooting had been a government-sponsored hoax and that the children and their parents were no more than actors.

When he is not actively denying the death of schoolchildren, Jones can be found on his online show InfoWars where he peddles supplements, screams in a demonic voice, and wages an unending war on liberalism.

Kelly, whose premiere episode featured an interview with Russian President Vladamir Putin, said that she was seeking to give a voice to a figure that many people were not familiar with.

Considering that President Trump has been a big fan of Jones, even going to him for advice, you can’t blame Kelly for thinking he was fair game. Unfortunately, the rule-book that the President follows is most often far and apart from the rules of decency the rest of us subscribe to.

In response to public outcry on Twitter, Kelly merely stated:

Yet many of the show’s critics say that giving a “light” to those who have damaged families and threatened lives by spreading dangerous conspiracy theorists is irresponsible and harmful.

Some of the families of victims from the Sandy Hook shooting spoke up online as well, urging Kelly to view the photos of their murdered relatives before deciding whether or not to air the episode.

Here you go @megynkelly – her name is Ana Grace Márquez-Greene. Say her name- stare at this & tell me it’s worth it. @nbc #SandyHook pic.twitter.com/mKrU63KWmA

The debate over whether to give attention to fringe characters like Jones, Richard Spencer, Milo, or any others is reignited each time someone with a platform offers them a voice. Some feel that bringing these controversial figures into the light of day will weaken them, showing their true selves. Others feel that any exposure is good exposure, and that engaging with a man who denies the death of dozens of children is complicit agreement with his ideas.

Regardless of who is right in the debate, as Kelly is now learning, the decision to associate oneself with controversial figures in the name of winning eyeballs is a major gamble to take.