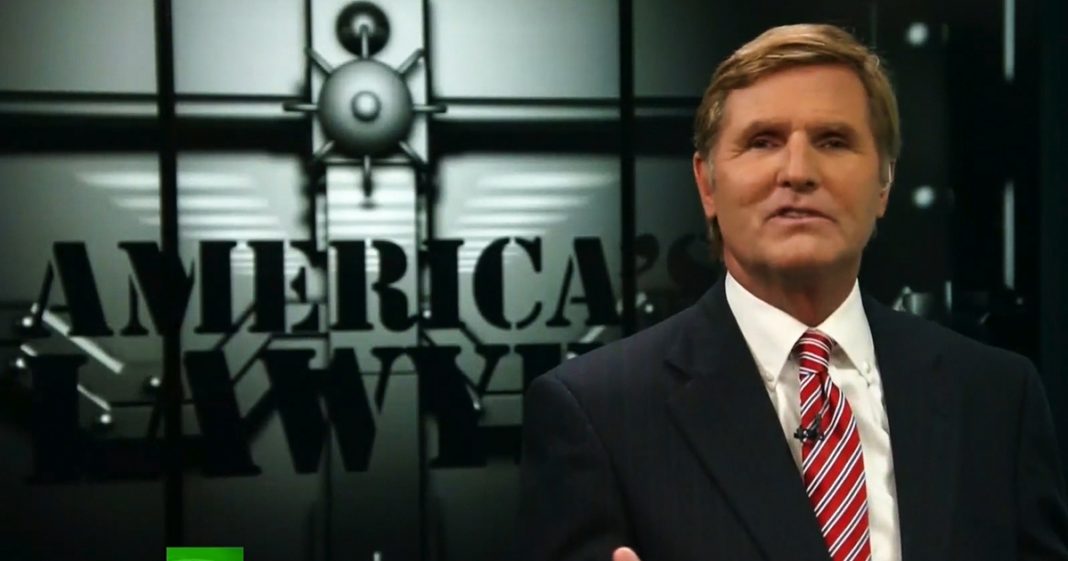 Via America’s Lawyer: Mike Papantonio highlights a Supreme Court victory for a Pennsylvania grandmother who had her house and vehicle seized by police.

Finally tonight, a Philadelphia grandmother’s long legal nightmare is finally over. Back in 2013, 72-Year-Old Elizabeth Young, lost her house and car, after the Pennsylvania state government seized the property because her son had sold less than two hundred dollars of marijuana out of her home and vehicle. Despite the fact that Young herself was never charged with any crime, prosecutors went ahead with a process known as civil asset forfeiture and confiscated the home she had lived in since the 1970s.

Prosecutors argued they were allowed to do this because her car and house “facilitated” her son’s minuscule drug sales. Well thankfully the Pennsylvania Supreme Court has ruled that the government’s seizure of Young’s property was wrong. In a unanimous opinion, Justice Debra Todd wrote

Unfortunately, Young’s case is hardly unique. In Pennsylvania alone — police confiscated more than 118 million dollars worth of cash, 12 million in vehicles and 20 million dollars in property between 2000 and 2013.

While this decision won’t stop these seizures from taking place, it should serve as a warning to prosecutors that they should be prepared for major legal challenges if they continue to engage in this crazy unconstitutional behavior.