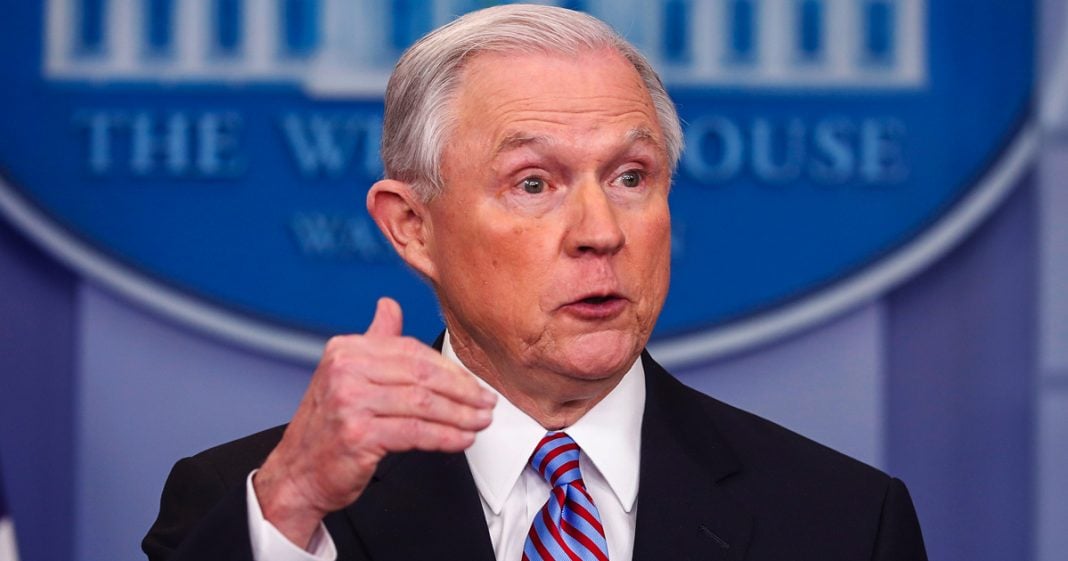 It has just been announced that not only will Attorney General Jeff Sessions testify before the Senate Intelligence panel on Tuesday, but that he will do so publicly at his request.

First reported on Monday morning, Sessions’ says his decision to testify publicly was informed by a need to keep the public in the know, and to hear it directly from him.

DOJ statement: AG Sessions requested open hrg, “believes it is important for the American people to hear the truth directly from him…” pic.twitter.com/bKP2Y7PUxr

Sessions had already agreed on Saturday to take part in the hearings, focusing specifically on testimony from Comey regarding Trump’s request that he drop his investigation into Michael Flynn’s Russia ties.

Sessions decided to take part in the hearing in response to last week’s open hearing by former FBI Director James Comey. Though the bulk of Comey’s testimony was focused on President Trump himself, some attention was paid to Sessions’ Russia dealings.

This allegation, which was later leaked to the press, was likely Sessions’ motivation to put his account into public circulation.

Last week, Sessions reportedly offered to resign amid growing tensions with President Trump. Could this testimony be Sessions’ time to go rogue and betray the President? Regardless, putting another of the White House crooks under oath can only help build the case for Trump’s impeachment.