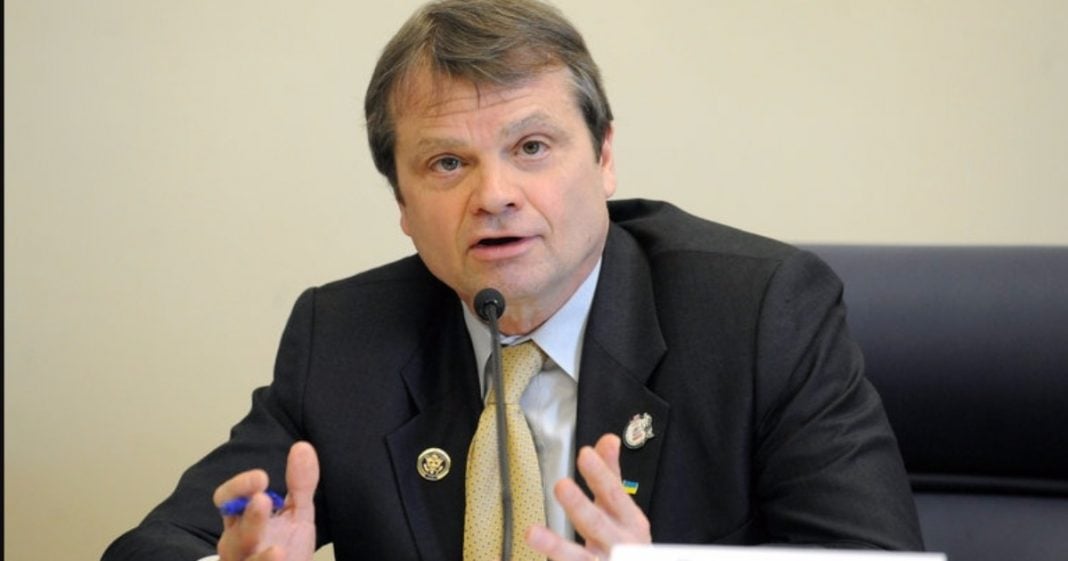 A cheeky Congressman is attempting to capitalize on President Trump’s most absurd mistake in order to ensure that every one of the President’s tweets are preserved.

Illinois Congressman Mike Quigley introduced the COVFEFE Act on the floor of the House on Monday. The act, if passed, would apply further restrictions on the President’s Twitter account in order to ensure that all the messages posted by POTUS would be considered part of public record, and therefore required to be preserved.

COVFEFE stands for Communications Over Various Feeds Electronically for Engagement Act. The bill aims to combat past moves by the President to delete some of his tweets, most often due to a spelling or grammatical mistake.

Quigley’s choice of a clever act name should come as no surprise as he was the same Congressman who introduced the  Making Access Records Available to Lead American Government Openness Act, or MAR-A-LAGO Act, in March of this year.

Quigley explained the reason for his legislation:

“In order to maintain public trust in government, elected officials must answer for what they do and say; this includes 140-character tweets. President Trump’s frequent, unfiltered use of his personal Twitter account as a means of official communication is unprecedented. If the President is going to take to social media to make sudden public policy proclamations, we must ensure that these statements are documented and preserved for future reference. Tweets are powerful, and the President must be held accountable for every post.”

The act’s namesake was the most recent of Trump’s deleted tweets, though many were bewildered to see the clearly irregular tweet stay up as long as it did. Still, the President deleted the message, effectively deleting it from the public record.

Of course, the President’s misstep remains in the form of screenshots and countless tweets and thinkpieces. Still, the President should not be able to so simply delete a public statement.

Even the White House said just last week that the President’s tweets could be considered official White House statements. As such, their preservation is vital both for the historical record, and future accountability.

It may seem much ado about nothing to fret about which Tweets Trump keeps and deletes, but the frivolous nature of Twitter has no bearing on the reality that each tweet Trump makes is a matter of public interest and public record.

Holding our President accountable means preserving his public activity as thoroughly as possible, and as much as we hate to think of it, his tweets fall under that protection.