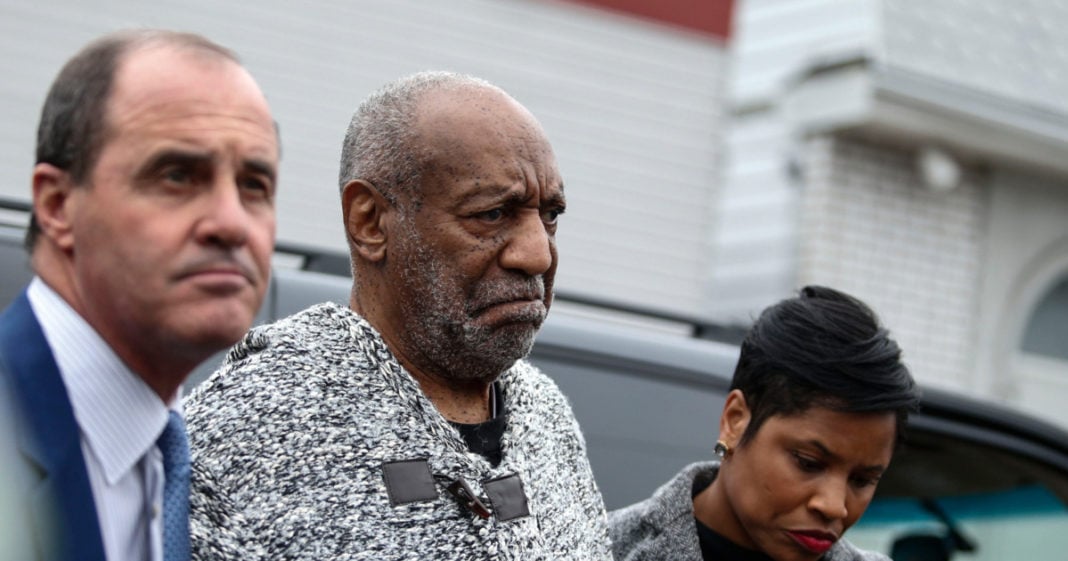 During his ongoing criminal trial, celebrity-turned-villain Bill Cosby declined to take the stand in his defense.

The defense portion of Bill Cosby’s sexual assault case was shockingly brief – just three minutes long. As it turns out, the formerly beloved comedian had no defense of his character to offer in response to allegations that he drugged and raped Andrea Constand in 2004.

After Cosby declined to take the stand, his lawyers elected to call just one witness to the stand. Cosby’s wife Camille was present for the first time during the 6 days of the trial, but the reason for her presence was apparently not to testify on her husband’s behalf.

Cosby’s decision to decline his chance to defend his name was so unusual that the judge presiding over the case called Cosby to declare under oath that he had chosen to do so under his own volition and with no coercion from his team. Cosby replied, simply, “correct.”

Instead of hearing from the accused and those who might defend his character, the defense is relying on an attempt to smear Constand and other women who have accused Cosby of rape, sexual misconduct, and assault. Cosby’s attorneys argue that the women are opportunistic liars looking for the spotlight and a paycheck – a common attack on assault victims.

Unfortunately for Cosby, that form of victim-blaming means little when evidence to the contrary is in abundance. Constand is just one of more than a dozen women who have spoken out publicly regarding violations they faced over the last several decades at the hands of Cosby.

Prior testimony from Cosby in 2005 in which he admitted to obtaining quaaludes to give to women he was trying to have sex with aids Constand’s case. That testimony was read to the jury presiding over the ongoing case on the second day of the trial.

Unfortunately for so many of Cosby’s victims, justice will not be found. Constand may be the rare exception, and might be the key to putting Cosby away at long last.