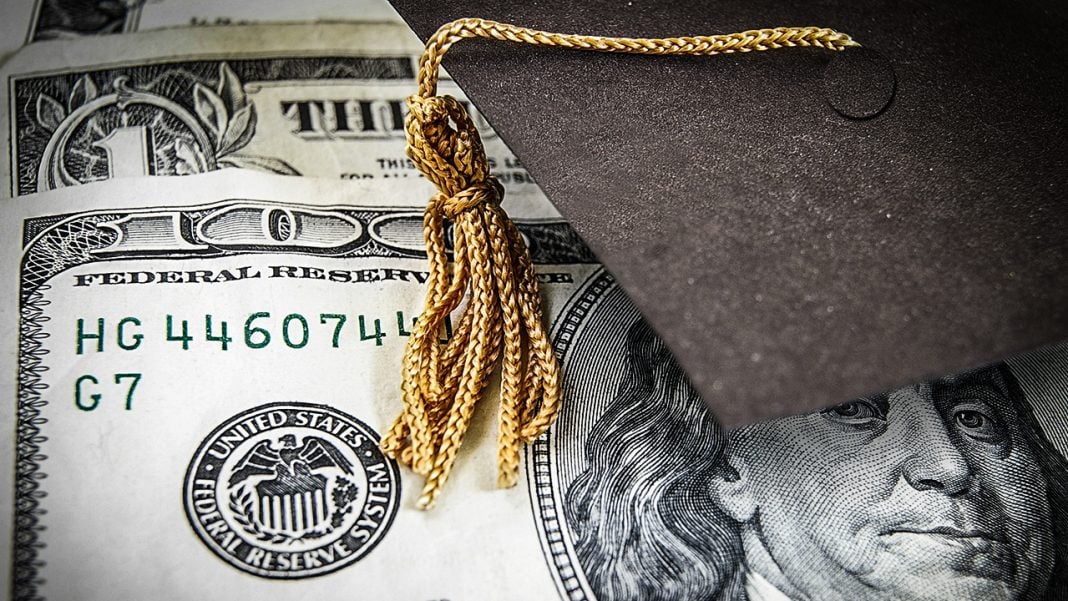 As part of Donald Trump’s 2018 budget, financial aid programs for under-privileged students looking to pay for college would be cut dramatically, along with student loan forgiveness programs.  This money would instead go to private schools where already-wealthy families send their children. Ring of Fire’s Farron Cousins discusses this.

As part of President Donald Trump’s budget that he’s going to officially unveil on Tuesday, we’ve learned that one of the big cuts coming in this budget, is going to be with public education and financial aid to low income students looking to go to college. And where is that money going to go instead? Instead of paying for things like after school activities at low income schools, to try to make them more attractive for other people, instead of paying for teacher training, instead of paying for student loan forgiveness for people who go to college, have to take out loans, and then work in the public sector, instead of paying for technological advancements in public schools around the country, which they desperately need, Donald Trump is taking most of that money and giving it to private schools and charter schools, per Betsy Devos’s wishes.

Now when Betsy Devos took over as Secretary of Education, we knew that this would happen. She has been a big school privatization advocate, she’s got a vested interest in private schools, and so that’s why she wants to privatize the entire education system in the United States, and Donald Trump’s budget, puts us on track to do that. Now keep in mind as I said, we are taking money away from after school programs, we’re taking money away from school lunch programs, we’re not going to feed these low income kids, because we want these wealthy, privatized private schools, to get a little more money.

You know they already make their money off of tuition, and they get government grants and things like that, but we want to give them even more. And I’m sorry, A honor roll, low income student who can’t go to college without taking out $50,000 in student loans, we’re not going to do anything to help you, we’re not going to make student loans more affordable, in fact, this budget is going to reduce the amount that we give students, in federal student loans, which is going to force them, if they want to get an education, and go on to have a decent career, it’s going to force them to have to take out private loans, which are exponentially more expensive than the federal subsidized loans that most students are able to take out.

This is a disgusting budget that Trump has put together, and it does all of the horrible things that Republicans have been wanting to do for years. It gives a ton of money to the wealthy, it gives a ton of money to programs that the wealthy like, it takes money away from those who need it the most. Look, we’re not talking about arts education, we’re talking about cutting back on science and math, for students in the United States, at a time when we’re already falling behind the rest of the world in many educational categories, we’re going to cut it back even further because, screw it, that’s why.

There’s no logical explanation for this, other than, they want the system privatized so that their friends, their buddies, their pals, the people they’re invested with, can make a little bit more money. Meanwhile, we’re screwing an entire generation of American citizens out of a proper education. Nothing about this makes any sense, and even Republicans at this point should be stepping up and saying that this isn’t acceptable.

Who’s going to take care of these aging Republicans when they get older? Huh? What kind of a doctors and scientists working on cures for diseases are we going to have in a generation? Because of this lackluster education that we’re providing for them, and we’re about to make it even worse. That’s what Republicans need to think about, stop just thinking about the right now, start thinking about what’s going to happen when you get a little bit older, start getting sick, having those chronic illnesses that are associated with old age. Who’s going to take care of you? The people who weren’t able to get an education because you screwed them out of it it? Answer that question for me Republicans. Think of the future, instead of what’s going to best benefit you personally, right now.

Because that is the overall problem with the Republican Party. They have no vision for the future. They can’t look at tomorrow and make a decision about that. The only thing they care about is what’s happening right this very second, and what’s happening right this very second, is that the private education industry is getting them lots of campaign money, so they’re going to screw over millions of low income Americans, just to give those organizations a couple more dollars in 2018.