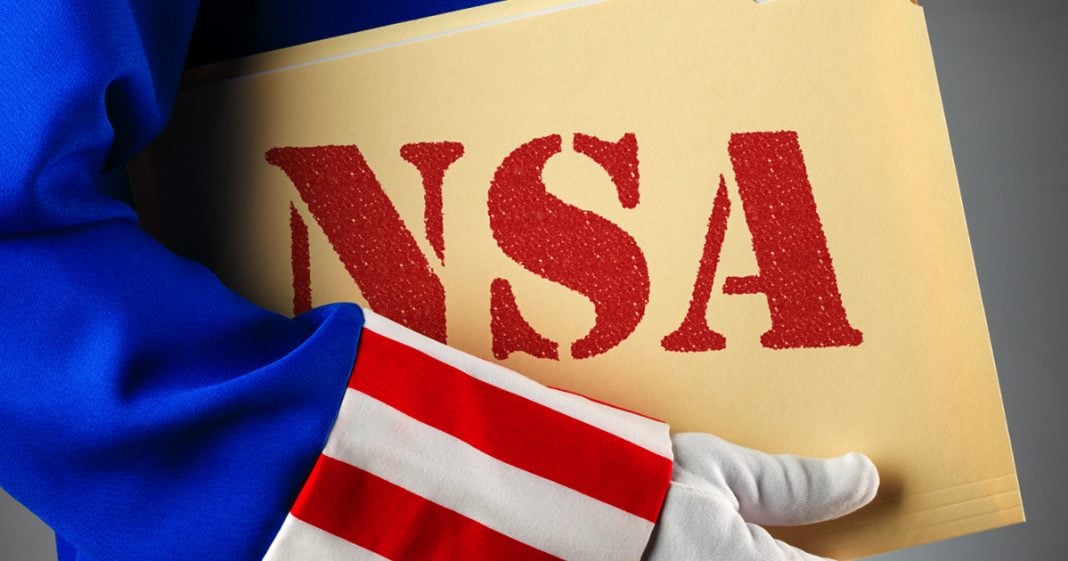 From The Intercept, a top secret NSA report detailed Russian attempts at hacking voter files. They attempted to hack files in about 120 counties across the country. Heather ‘Digby’ Parton joins Ring of Fire’s Sam Seder to discuss this topic.

Sam: So Digby, putting aside for the moment the much anticipated James Comey testimony this week, earlier in the week before we heard from what I think you could only say was, in some ways, stonewalling by the Director of National Intelligence and the NSA Chief, where they basically said like, ‘I would rather not talk about whether or not President Trump tried to influence our investigation, or the FBI investigation via us.’ I got to say, I don’t think you need to be a rocket scientist to figure out that, if he hadn’t done that, they would have felt very comfortable saying, ‘Absolutely not.’

Leaving that aside for a moment, the beginning of the week started off with a piece in The Intercept, under four bylines including their recent hire Washington Chief Ryan Grimm, that a top secret NSA report detailed Russian attempts at hacking, hacking’s probably the wrong word, but, well maybe it’s the right word. Hacking the voter files. Attempted to hack in about 120 counties across the country. They did this by basically using fairly rudimentary fishing techniques where they got the log-ins for people who worked at a software company that provided software for voter files that people use in different counties around the country. They managed to get the credentials of one or two workers there. They then broke into their accounts, got all sorts of information, so that two months later, some time between the last week of October and the first week of November, before the election in 2016, they sent out about 122, like I said, emails to county election officials with the hopes that they would log into their information and then these hackers would then more or less put on some type of malware and have access to their computers.

The NSA did not say they found any evidence that this in any way impacted voter registration files or vote tallies for that matter, but yet we have at least evidence, more evidence, that the Russians were actively involved in attempting to impact the vote directly. Subsequent to this, the FBI arrested a 25 year old woman who worked for a contractor for basically sending this document to The Intercept. What’s your take on all this?

Digby: Well I mean I think it’s fascinating. We had some idea already that there had been some tampering or attempted tampering with the voter files I think before the election. We had heard this and my understanding too was that this was the issue that had the Obama administration most concerned about all the hacking stuff, which was one reason why they didn’t, you know, more strongly go after or make any public statements about the rest of it. The stuff with the DNC and the bots and the fake news and all the rest of the election interference stuff, because their main concern was this idea that maybe they were going to hack into the voter files, or potentially, I guess, theoretically find some way to literally tamper with the vote, so that was where their focus was prior to the election.

This wasn’t a total surprise but I think that this idea that the NSA has, it appears to have real evidence that this happened and also that this was a Russian military operation, a GRU right, which is their intelligence arm, which I hadn’t heard before. That there was anything that was literally directed by the Russian military, but the reason they think this is because they’ve done it all over the world. This is actually not an unusual thing that they did and in fact there is some belief that it was successful in Ukraine and in some other places that they’ve actually succeeded in literally changing the vote by doing this sort of hacking. That I found very interesting.

You know the fact that … I mean this young woman who, she was obviously an amateur and didn’t have the kind of sophisticated knowledge of the risks she was undertaking that she probably should have, put herself in a terrible position, and there’s a lot of stuff going back and forth about whether The Intercept handled it right and what they did and whether or not she should have been better protected. The way it looks to me, and I could be wrong, was that she did things that were outside The Intercept’s control that would have got … They would have found … The NSA, this is the NSA we’re talking about, you know it’s not like some movie production company. I mean this is … They have the ability to do this, it’s what they do. She probably would have been found out anyway.

It’s a very interesting aspect of this and one which has … You know the guy Clint Watts? He’s an ex-FBI agent. He testified before Congress. He’s the guy that said, ‘You know just count up the number of dead Russians,’ in testimony. He wrote a thing for The Daily Beast last week, which I found one of the most fascinating sort of analysis of what’s going on that I’ve read recently, which is that in the end, as the election was coming, the Russians apparently decided that Hillary was going to win, and what their whole point was to try and sow some kind of idea that she had rigged the election, right, and so that a lot of this was aimed at that kind of disinformation, to get people to believe that there had been some kind of tampering and that she was responsible for it. This goes back to this stuff about Seth Rich and the DNC guy leaking and all that stuff.

This is very interesting to me, because at the same time that the Russians, if that’s true, and their idea was simply to sow some kind of lack of faith in the American electoral system, which apparently is something they’ve done elsewhere as well, and to put some kind of a damper on Hillary Clinton’s win, Donald Trump was doing exactly that same thing during that period. The Russians were doing, if they were doing this, Donald Trump, whether knowingly or unknowingly, was absolutely reinforcing that particular program. He was out there, you remember, saying, ‘It’s all rigged. She’s rigging it. It’s rigged. The election’s rigged.’ He said it in one of the debates, and then later came out and said, ‘Well, the only way I will say that the election wasn’t rigged if I win.’

Of course, and Watts theory here is this entire thing has now blown back on Trump, right? I mean he’s now suffering because he won the thing, unexpectedly, and now all that entire campaign of making people lose faith in the election results is now blowing back on him. I thought that was really interesting because that is one case where Trump, if the Russians were doing this, Trump and the Russians were absolutely on the same page every step of the way, which is weird. I mean, it’s weird.

Sam: It is weird and I don’t … But at the same time, I mean, you know, I could see the Russians having this agenda and just simply saying, ‘This is what we do when he’s doing that.’ It makes some sense.

Digby: Sure. Chicken or the egg, right? I mean who knows whether or not it was coordinated.