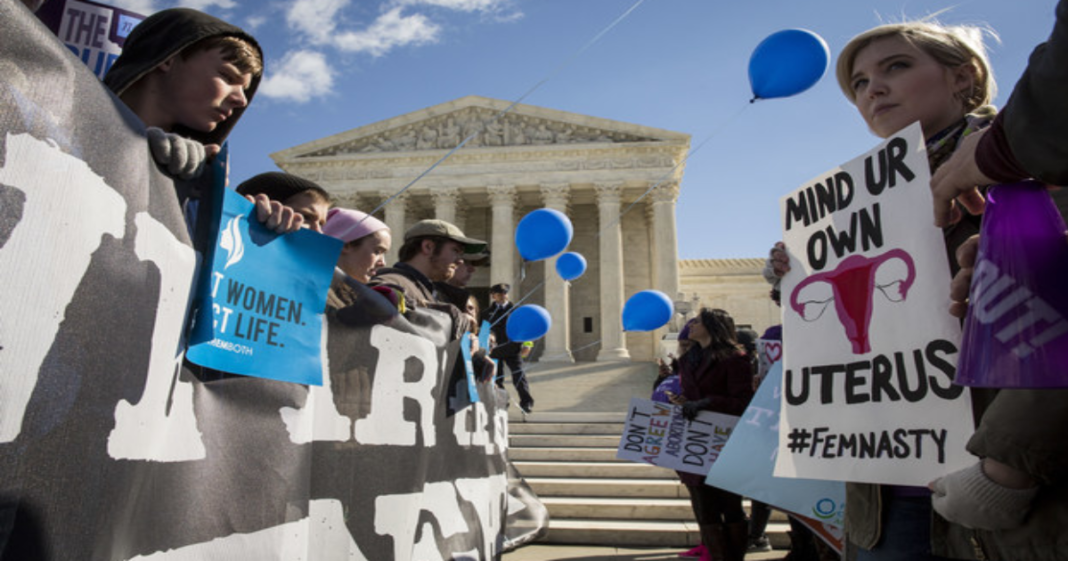 Republicans in Texas have again attacked abortion rights with a particularly nefarious piece of legislation signed into law on Tuesday.

Governor Greg Abbott signed SB8 into law, a piece of legislation which sets severe, manipulative restrictions on women seeking abortions. The law was supported by the majority of Republicans in the legislature.

Simply, the law requires that fetal tissue of any sort must be disposed of via cremating, burying, or entombing. Even more simply, women who obtain an abortion or experience a miscarriage must hold a funeral of sorts for the life that never was.

Other aspects of the law set penalties for certain types of abortion and make it a crime to assist a woman, even giving her a ride to the clinic, if the abortion she obtains is not one of the approved types. The law forbids the most common type of abortion, a vaccuum aspiration, under grounds that it violates the dignity of the fetus.

The legislation, by all accounts, is unconstitutional and in clear violation of Roe V. Wade. As such, it will quickly be struck down upon the first challenge. Unfortunately, the legislation will intimidate women, complicate matters for abortion providers in the state, and will generally cause unnecessary chaos until it is ended.

Other states have enacted similar laws regarding fetal funerals in the past. In fact, Texas has passed similar legislation in the past, but it was blocked by the federal courts system before it could be enacted.

In past efforts to strike these laws down, the ACLU has argued that, according to established law in Roe V. Wade, that the requirement for funerals presents an “undue burden” to women.

Texas fought this argument by suggesting that medical providers could supply fetal funerals in mass graves for as low as $2 per burial. As morbid as that sounds, the state argued that it was necessary to bury these remains in the interest of “dignity” to the fetus.

Even beyond the issue of women’s rights an undue burden, the law harshly applies towards fetuses which were the result of miscarriage as well, potentially exposing grieving women to further trauma.

Now, constituents of Texas will be forced to spend their tax dollars on an unwinnable court case so that Republicans in the state can continue wage a war against settled law on women’s rights.