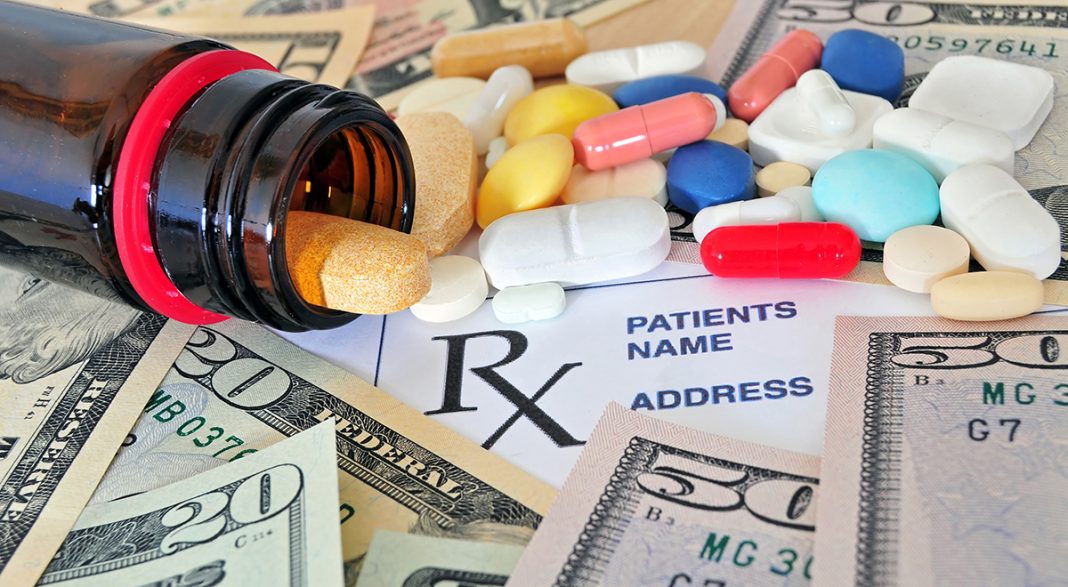 Opioid addiction in the United States has reached crisis proportions. On one hand, Big Pharma has been getting very, very rich by pushing these drugs at every turn; on the other, the federal government, beholden to the pharmaceutical industry, has been ineffective at controlling the problem.

The Drug Enforcement Agency took token action last fall, ordering pharmaceutical companies to cut back on opioid production, but this has had no meaningful effect on the crisis. Efforts have been undertaken at the state level, but the sheer magnitude of the problem and shortage of resources have overwhelmed state and local agencies. It has now gotten to the point that a growing number of states attorneys general are asking whether or not Big Pharma can be held legally accountable – and punished accordingly. Is it the best solution? Can it be done?

Mike Papantonio of Levin Papantonio, one of the leading law firms in litigation against opioid producers and distributors issued this statement: “The only way to end the suffering is to dry up the money that the manufacturers and distributors who have unleashed this catastrophe on the American public.”

There is precedent. More than twenty-five years ago, a number of states filed a massive lawsuit against Big Tobacco in an effort to recover Medicaid and other public health care costs incurred in the treatment of smoking-related diseases. During the four decades prior to this, there had been more than 800 individual lawsuits filed against cigarette companies; however, the defendants usually won these cases, citing individual responsibility and contributory negligence.

When states began filing their own lawsuits in 1994, they did so on grounds that tobacco companies had violated consumer protection regulations and anti-trust laws, and that their products had placed a heavy financial burden on state-run health care programs. The litigation culminated in what is known as the Master Settlement Agreement, in which the plaintiffs (46 states, Washington D.C., Puerto Rico and four U.S. territories) agreed to give up all future claims against the tobacco industry in exchange for annual payments. These payments were to be made in perpetuity, in order to pay for health and educational programs aimed at curbing tobacco use. It was the largest such settlement in U.S. history.

In recent months, several states, counties, cities and one Indian Nation have started taking legal action against the pharmaceutical industry. Big Pharma stands accused of minimizing the risks of opioids and exaggerating the benefits, incentivizing (i.e., bribing) the medical community, and failing to take action against illegal opioid trade when it was within their power to do so. There has been evidence indicating that at least one drug company has contributed to the problem by deliberately misstating the length of time the medication was effective, causing patients to suffer withdrawal and making them more likely to develop dependency. Similarly, tobacco companies were found to have made their product addictive.

There are a few key differences between tobacco and opioids, however – and they could make it difficult to hold the manufacturers accountable. One of these issues is that tobacco victims were using the product as they were intended, and contracted respiratory disease as a result. However, opioid victims are most often not using these medications as directed. This makes it difficult to impose liability on the manufacturer.

Another issue is marketing: while Big Pharma does engage in aggressive and even deceptive advertising techniques, these campaigns are usually directed at the doctors who prescribe the medications, not the patients. In many cases, a pharmaceutical company that is a defendant in a lawsuit can shift liability to the prescribing physician which is another issue entirely. Furthermore, as the result of settlements in previous lawsuits, some pharmaceutical companies are now taking steps to discourage opioid abuse.

From a legal standpoint, opioid addiction is an extremely complex issue, and states’ attorneys general who attempt to sue the manufacturers face an uphill battle. In the end, it may be more effective for regulators at the state and local levels to take steps such as better monitoring of prescriptions while finding ways to better control the amount of opioid medications available – as well as institute education and better treatment programs for those with opioid dependency.