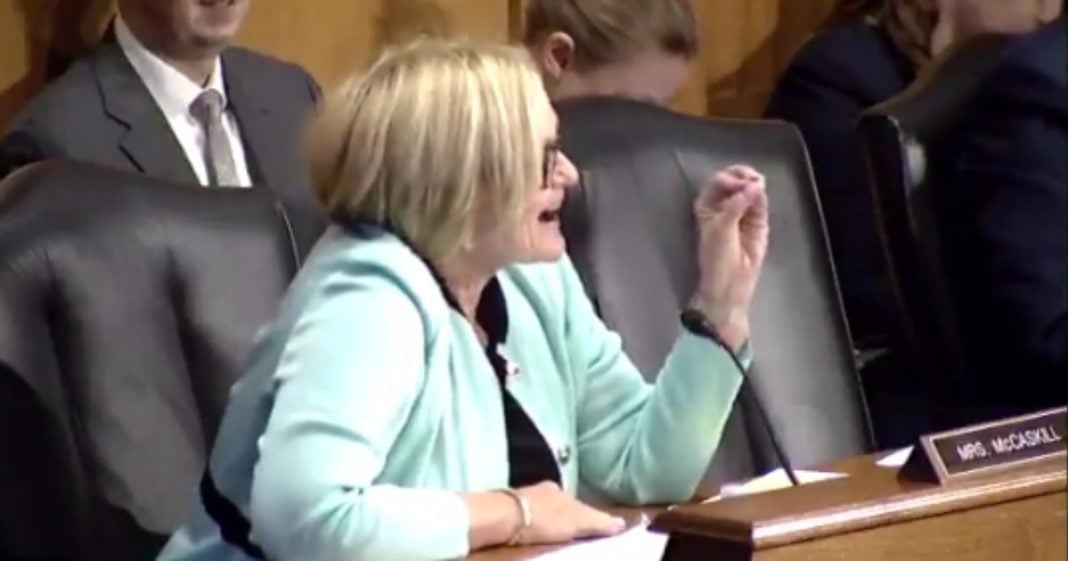 On Thursday, Senator Claire McCaskill outright lost her patience on the Republican party for their continued secrecy and lack of transparency around the latest healthcare bill.

Addressing Republican leadership as a whole during a hearing of the Senate Finance Committee, McCaskill chastised the party for their hypocrisy surrounding their healthcare bill and their continued refusal to even bring the bill into the light of day.

The Senator did not hesitate to let the Republican Senate know exactly how disgusted she was with the lack of information and cooperation between the Republican party and the Democratic party.

“Will there be a hearing on the health care proposal?” Senator @clairecmc asked today in the Finance Cmte. You should watch: #Trumpcare pic.twitter.com/rmKB0rGnTM

McCaskill began her commentary by asking Senator Orrin Hatch, the chair, if there would be a hearing held on the current version of the healthcare bill. Hatch replied that there had been – but he was referring to a previous version.

“No, I mean on the proposal you’re planning to bring to the floor of the Senate for a vote. Will there be a hearing?”

After a lengthy correspondence with a nearby aide, Hatch said that there would likely not be another hearing but that McCaskill and her colleagues had been “invited” to give their input on the bill.

McCaskill asked the Republican leadership how she and other Democrats could support or contribute to a bill that is being held under lock and key.

“For what? We don’t even know. We have no idea what’s being proposed. There’s a group of guys in a back room somewhere that are making these decisions.”

The Senator then admitted that the American Care Act was not perfect and that mistakes had been made, but that the conduct carried out by Republicans surrounding the AHCA was far, far worse.

“We’re not even going to have a hearing on a bill that affects one sixth of our economy. We’re not going to have an opportunity to offer a single amendment! It is all being done with an eye to try to get it by with 50 votes and the Vice President.”

McCaskill’s fiery condemnation of the Republican party is an absolutely necessary reminder that those pulling the strings in both the House and the Senate currently do not care about anything other than their own agenda. Even if it means handing the American public an untested, unvetted healthcare system that will leave millions without coverage, as long as they can give a “win” to the party, they will go to any lengths to do so.