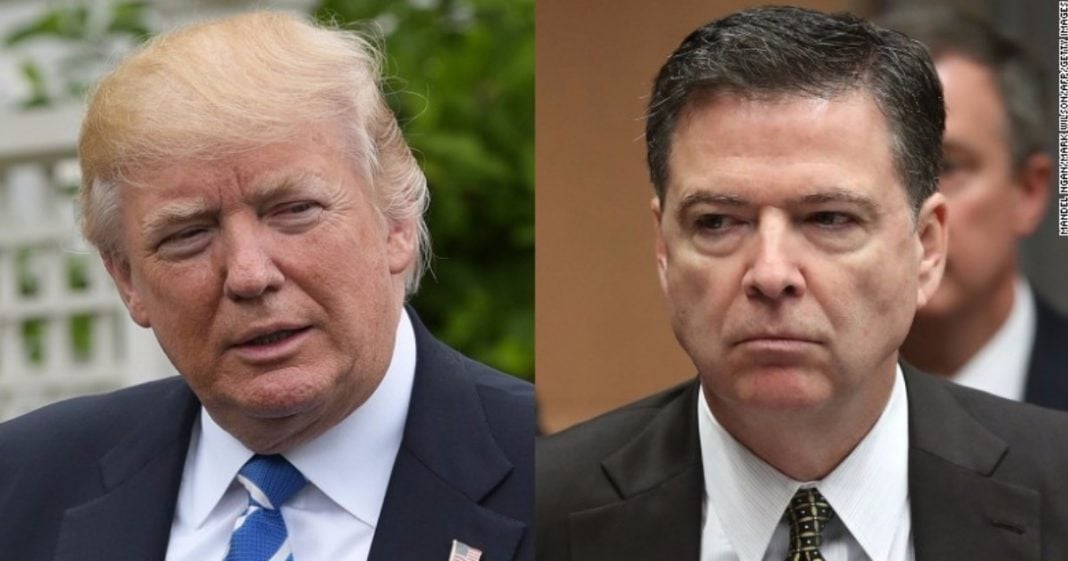 On Thursday afternoon, despite remaining eerily quiet on Twitter, the President of the United States formally responded to earlier testimony from fired FBI Director James Comey by accusing Comey of perjury.

In a letter issued by Trump’s personal lawyer Marc Kasowitz, Trump maintains that much of what Comey testified is false, and that much of what he shared publicly about his meetings with Trump is a violation of confidentiality.

Simply, Trump and his counsel say that Comey is both a liar and a leaker, and should be treated as such.

The letter issued by Trump’s attorney contained several misspellings and grammatical errors, but it also contained an accusation that Comey repeatedly lied under oath during his Thursday morning testimony.

The letter, in its very first line, misspelled the word “president.” It also misspelled the name of Director of National Intelligence Dan Coats. It’s clear that even Trump’s attorney lives up to the standards of his administration – far below acceptable. 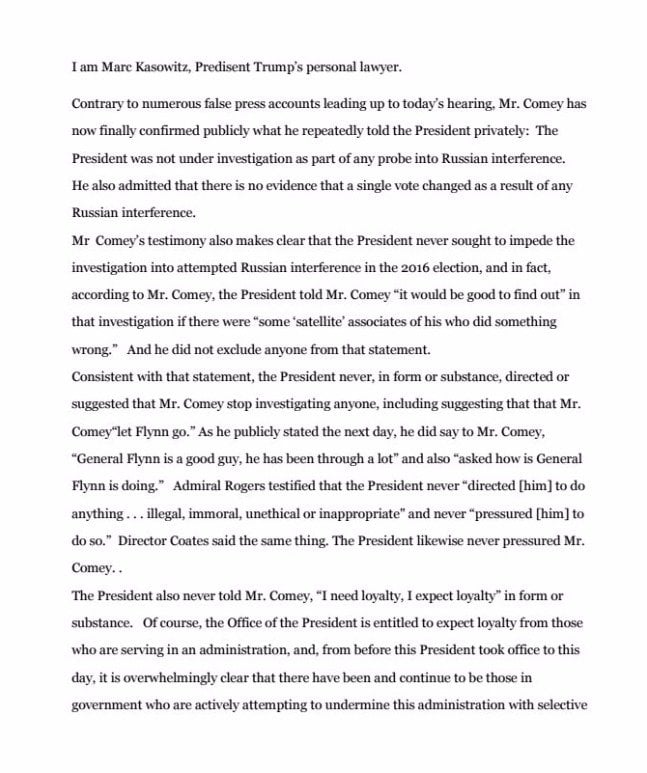 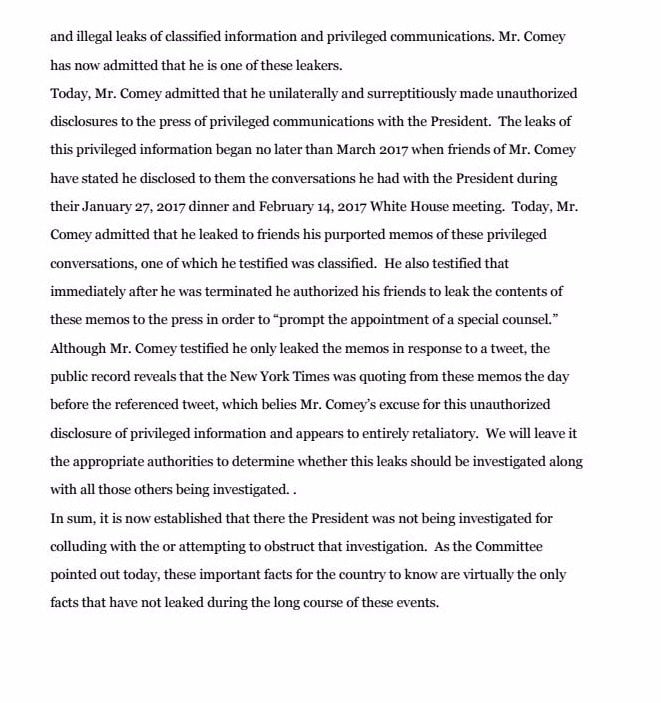 Trump’s letter denies Comey’s account that he asked for loyalty, as well as denying that Trump either “directed or suggested” that the investigation against Flynn should be dropped. This directly contradicts Comey’s repeated testimony.

Trump’s allegations are severe and wide-reaching. If the President is believed, that will mean that the Former FBI Director is guilty of both perjury and treason.

Unfortunately for the president, there does not seem to be any evidence behind Trump’s assertion that Comey’s sharing information about their private meetings was a “leak” of illegal information in any way. Comey was at liberty to share the information that he did, and no one in the Senate during the hearing seemed to indicate that it wasn’t his right to share what he did.

Notably, the letter did not respond to the continued conversation about the mythical tapes that Trump once claimed to have. Though Comey welcomed the release of the tapes, if they exist, Trump made no indication about whether or not he may be releasing anything at all.

The letter’s slapdash appearance also draws away from the legitimacy of the President’s claims.