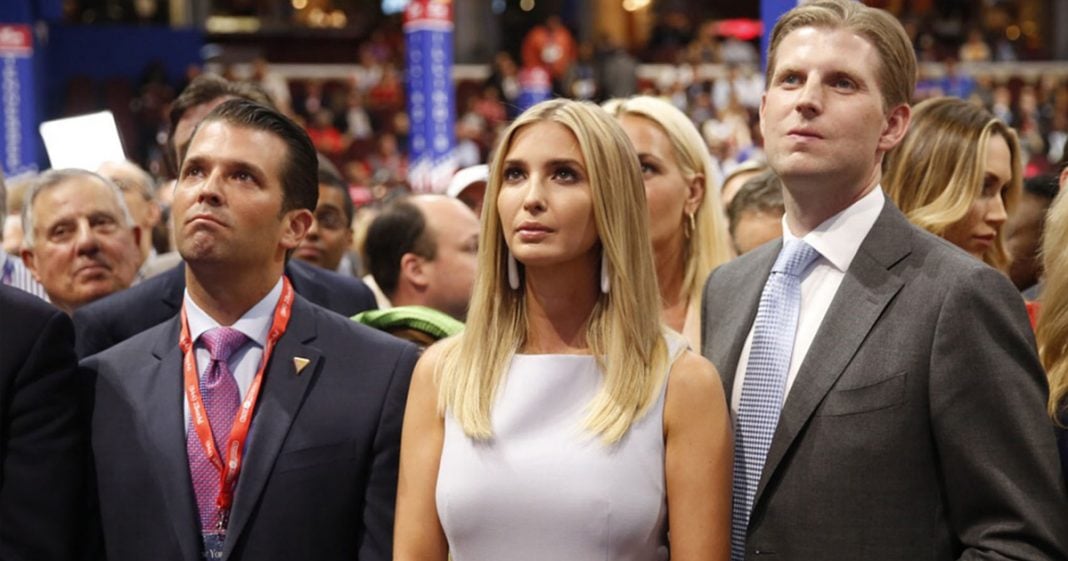 Eric Trump, Donald’s second-eldest son, is one of those who runs the Trump Organization. Until the end of last year, he was also head of the Eric Trump Foundation,  a so-called “charitable” organization that reportedly raises millions of dollars for the St. Jude Children’s Research Hospital.

For a decade, the organization held an annual “Eric Trump Foundation Golf Invitational” at the family’s Westchester National Golf Club in Westchester, New York, raising approximately $11 million for the hospital. How does he do it? According to Trump the Younger, it’s all about efficiency: because the Trump family owns the golf course, they get to use it free of charge. Other costs are donated by well-heeled individuals, so every cent goes to St. Jude.

Except that it’s a lie. The fact is that according to tax filings, the Eric Trump Foundation did pay for the use of that golf course – and those payments went straight into the coffers of the Trump Organization. Over $100,000 of the donations wound up right back into Trump’s pockets.

It gets better: in a story first published Tuesday in Forbes, over half a million dollars in donations that were supposed to go to the Memphis-based children’s hospital were re-directed to other charities after nine people joined the board of Eric’s foundation in 2011 – all of whom had “a vested interest in the moneymaking side of the Trump Empire.” According to Forbes:

“Until this board turnover, the Eric Trump Foundation pretty much did what it told its donors it would: Send its money to St. Jude. But starting in 2011, more than $500,000 was redirected to a variety of other charities, many of which were personal favorites of Trump family members and several of which had nothing to do with children’s cancer — but happened to become clients of Trump’s golf courses.”

In fact, one part of those “reallocated” funds – $5000 – found its was into a charity known as Abilis. Abilis later returned the favor to the tune of $240,000 in the five years following, an enviable return on investment (and that is exactly what it was, make no mistake).

When Eric started the annual golf invitational tournament, expenses for the event ran a relatively modest $50,000. According to Ian Gillule, the Westchester National Gold Club’s former membership and marketing director, the Foundation wasn’t billed for using the club at first. “The bills would just disappear,” he said.

Over the years however, operation costs escalated, nearly tripling by 2011. Then, the Trump patriarch got wind of it. “He flipped,” said Gillule. “He was like, ‘We’re donating all of this stuff, and there’s no paper trail? No credit?’ And then he went nuts. He said, ‘I don’t care if it’s my son or not – everybody gets billed.’”

Donald donated $100,000 of his own to his son’s foundation, ostensibly to offset the higher costs. But of course, that came right back into his own pockets.

One could say that at least the St. Jude Children’s Research Hospital got something. Nonetheless, it is reprehensible to be using a charitable foundation for personal gain. But then, considering that the Trump Crime Family is turning the entire country into its own personal ATM machine, it’s just business as usual anymore.