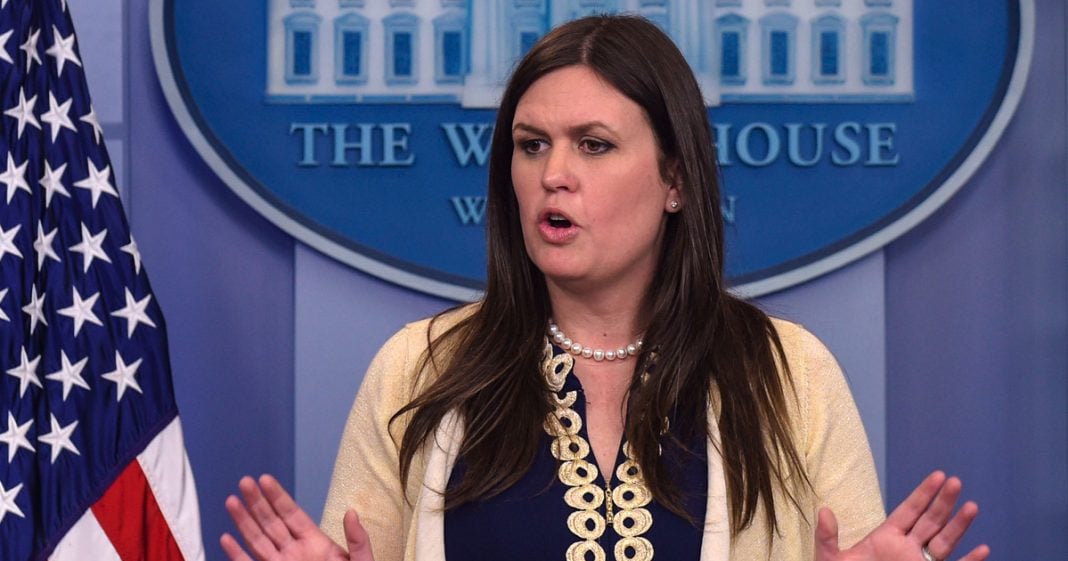 During Thursday’s off-camera briefing (which no one watched because they were too busy watching Comey), Huckabee Sanders was queried by reporters about Comey’s repeated assertion that the President had lied in specific instances, as well as in more general ways.

Huckabee Sanders replied that not only could she confirm that Comey was completely wrong, but that she was insulted to even be asked.

“I can definitely say the president is not a liar and frankly I’m insulted by that question.”

Of course Huckabee Sanders’ outrage is wholly misplaced because, frankly, the former FBI director seems to strongly believe that the President is a liar, and he has receipts.

Comey’s first accusation of lying against the President came in his opening statement when he defended the FBI and called Trump’s claims that the Bureau was in disarray a lie. But Comey’s use of the L-word didn’t stop there.

In fact, at the time of publication, Comey has accused the President of lying a shocking five times. That is five times that Comey, while under oath, has called the most senior politician in the land a term that most others wouldn’t dare say.

Now that Comey’s testimony is out there and on the public record, it is becoming harder than ever for the people surrounding Trump to deflect and defend them.

Speaker Paul Ryan excused Trump’s demand for loyalty from Comey as just another sign of his newness to the job, noting that “he’s just new to this.”

Meanwhile, Huckabee Sanders declined to comment on the Comey testimony, saying that the White House has chosen to “outsource” their response to outside counsel.