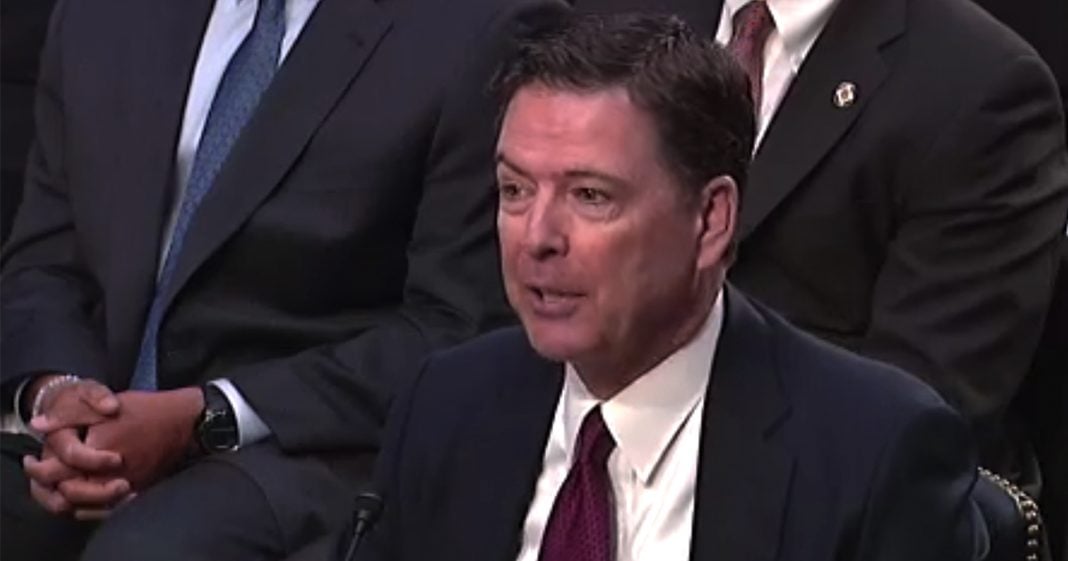 Taken on the whole, the Comey hearing gave us nothing tangible in terms of furthering the investigation into the Russian involvement in the November 2016 election. Likewise, it gave us very little insight into whether or not the Trump campaign or administration colluded with Russian officials to damage Hillary Clinton’s presidential campaign.

However, there are plenty of soundbites and headlines to fuel the media circus surrounding Washington. The mainstream media has already taken off in different directions. Fox News has centered on McCain’s line of questioning regarding Hillary Clinton’s email service, Huffington Post has touted Comey’s admission that he leaked information to The New York Times in order to spur the appointment of a special prosecutor, and CNN is focusing on Comey’s assertion that the President is a liar. 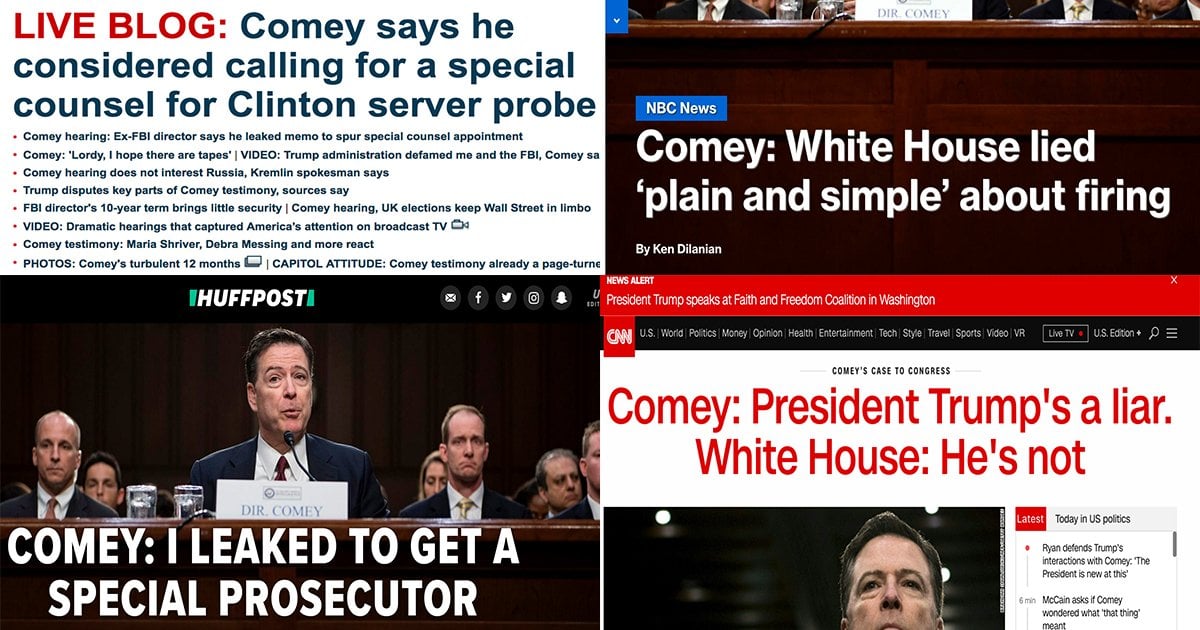 What became apparent during the hearing is that James Comey was a formidable political power in his time leading the FBI. Adept at pushing an agenda, Comey revealed that he has used to media to ensure his personal wishes for an investigation’s course were followed. Detailing that after he was fired, Comey wished to prompt an independent investigation into the Trump campaign, Comey said:

“My judgment was, I needed to get that out into the public square, and so I asked a friend of mine to share the content of the memo with a reporter. Didn’t do it myself for a variety of reasons. I asked him to because I thought that might prompt the appointment of a special counsel.”

Comey also showed that he could be swayed by political pressure. Comey testified that then-Attorney General Loretta Lynch asked him to refer to the probe into Hillary Clinton’s email server as a “matter,” not an “investigation. Comey says that Lynch’s comment, paired with her unusual meeting with former President Bill Clinton on an Arizona tarmac led him to update the public on the Clinton “matter.”

Of course, President Trump bore the brunt of Comey’s testimony. While Comey did say that the President’s words likely did not amount to obstruction of justice, he did call the President a liar. Refering to the ever-evolving story as to why Trump fired him, Comey said:

“That didn’t make sense to me for a whole bunch of reasons, including the time and all the water that had gone under the bridge since those hard decisions that had to be made. That didn’t make any sense to me. And although the law required no reason at all to fire an FBI director, the administration then chose to defame me and more importantly the FBI by saying that the organization was in disarray, that it was poorly led, that the workforce had lost confidence in its leader. Those were lies, plain and simple. And I am so sorry that the FBI workforce had to hear them, and I’m so sorry that the American people were told them.”

While it made for great political theater and plenty of intrigued came out of the hearing, we are not any closer to finding out key information about RussiaGate. But, we did find out that the President is a liar (shocker) and that the nation’s national security agencies are run by mere politicians (another shocker). It also gave us a great microcosm of the state of our news media.

The pro- and anti-Trump media outlets had already determined what they would report out of the spectacle today. Of course, Fox News would lead with anti-Hillary content on their front page. Likewise, it was no surprise that CNN focused on the assertions that Trump is a liar. Unfortunately, the reality is a much more complex than any one news source will give you.