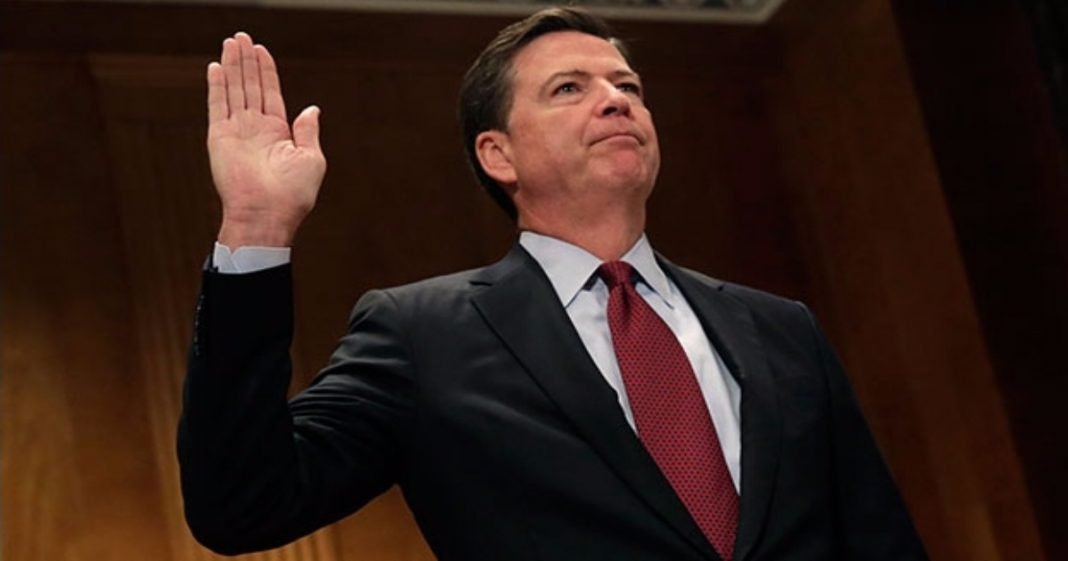 During his preliminary remarks, former FBI Director James Comey accused the President of the United States, under oath, of being a liar.

The accusation came in response to the President’s accusations against the FBI of being disorganized and poorly led. The accusations were made by the president in the wake of his firing of Comey, in order to try and defend his decision.

At the time, Trump said that many in the FBI were glad for the leadership switch-up, an assertion which Comey vehemently disagrees.

Comey noted that the President’s choice to defame him and the organization he was the head of was confusing and frustrating.

“The administration then chose to defame me and more importantly the FBI by saying the organization was in disarray, was poorly led, that the workforce had lost confidence in its leader.”

Comey then indicated the president had lied in his comments regarding the FBI.

“Those were lies, plain and simple,” Comey said.

Comey: “Those were lies, plain and simple” regarding administration saying FBI was in disarray, poorly led and had lost confidence in leader pic.twitter.com/ITHZ3BMAD4

It was clear from the start that the testimony Comey would deliver would be of a strongly personal nature. In his opening remarks, Comey rushed to defend the FBI, noting how saddened and confused he was to hear Trump, in the wake of his firing, disparaging the intelligence organization.

Comey reached out to his fellow colleagues, noting that because of the abrupt nature of his termination, he never got the opportunity to issue a proper goodbye to his fellow FBI members.

While we cannot expect Comey to reveal much of the information we’d like to hear thanks to confidentiality, the former Director has made it more than clear during his initial testimony that he has no soft spot in his heart for the President, and intends to do nothing to protect the administration who fired and slandered him.