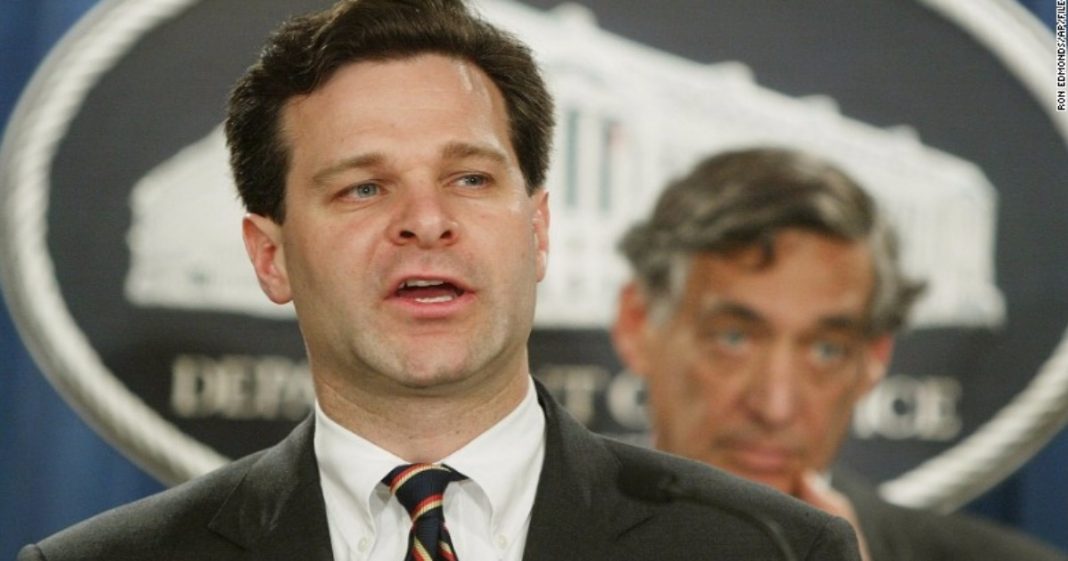 On Wednesday morning, President Trump did what he does best by suddenly announcing his nominee for FBI Director in an unassuming Twitter post. Understandably, the media was thrown for a loop, and even members of Trump’s own administration seemed to have no forewarning about the impending announcement.

It was clear to most that Trump’s decision to drop this sudden news was an attempt to distract from the expected testimony from former FBI director James Comey on Thursday.

But theatrics aside, Trump’s choice for FBI Director, Christopher Wray, is an interesting one. Many had hoped that Trump would choose a non-political appointee, someone who has not served in elected office and therefore was less susceptible to corruption and bias. In Wray, he has found this.

The choice of Wray is being praised by many on the right, and while Trump could have picked a worse character to fill the spot, some of Wray’s past career moves have those on the left very concerned.

Principle among the concerns is one of Wray’s most recent legal gigs – serving as New Jersey Governor Chris Christie’s attorney in his ongoing “bridgegate” legal battle.

According to the New York Times, Wray’s relationship with Christie began when the two were both young lawyers. When it was time for Christie to seek council in his ongoing scandal regarding the closure of a bridge in New Jersey which caused significant delay and a threat to public safety, he turned to Wray.

Wray got Christie off while some of his colleagues took the fall. Now, Trump is likely hoping Wray can do the same for him.

Christie declined to say whether or not he had recommended Wray for the position.

“I don’t talk about what advice I give to the president of the United States.”

Despite not being in a political position, Wray has consistently donated to Republican candidates in the past.

Wray’s middle-of-the-road stance and unassuming politics means that he is likely to receive a confirmation in the Senate. Even if the Senate refuses to allow him to be the new FBI Director, he will already have served his major purpose – helping to distract the media from the sea of scandal surrounding Trump.