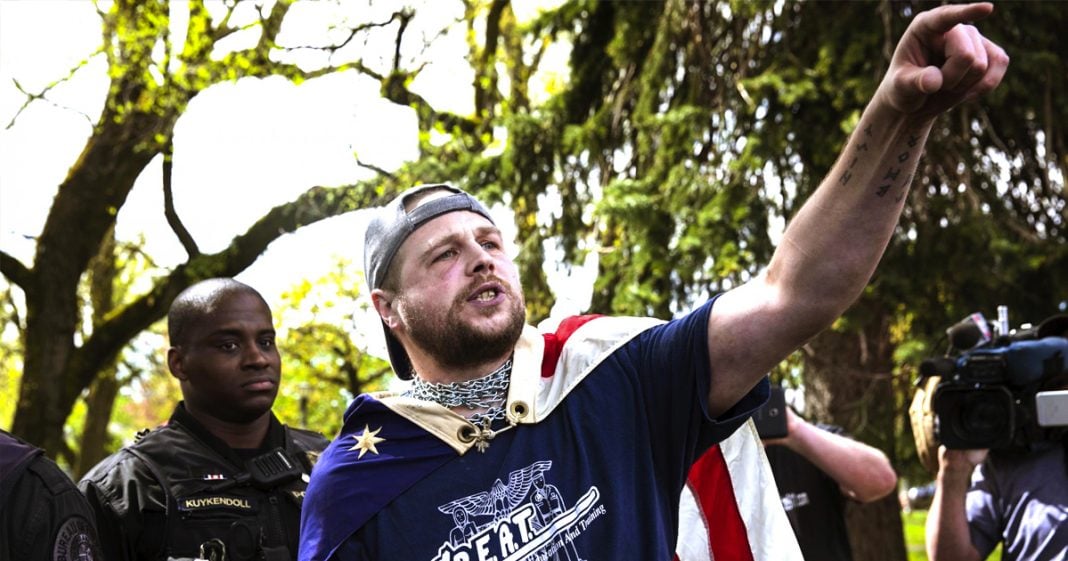 “This community is not a community that is going to support that kind of hate.”

The stabbing of two men by a white supremacist in Portland, Oregon is a sign of the resurgence of the white patriot movement in the Northwest US. Scot Nakagawa, a community organizer, activist, and public intellectual, joins us to discuss the history of white supremacy and nationalism in Portland, “the largest, whitest city in the country.”

From the 80s and 90s, where reactionary self-proclaimed neo-Nazis organized in response to federal repression to now, where the death of Ricky John Best, 53, and Taliesin Myrddin Namkai Meche, 23, Nakagawa says Portland activists plan to respond with a series of rallies on Sunday, June 4.

Scot Nakagawa is also a senior partner of ChangeLab, ” a grassroots political lab that explores how U.S. demographic change is affecting racial justice politics, with a strategic focus on Asian American identity.”

Trump Accuses His Own Justice Department Of Pushing Fake News