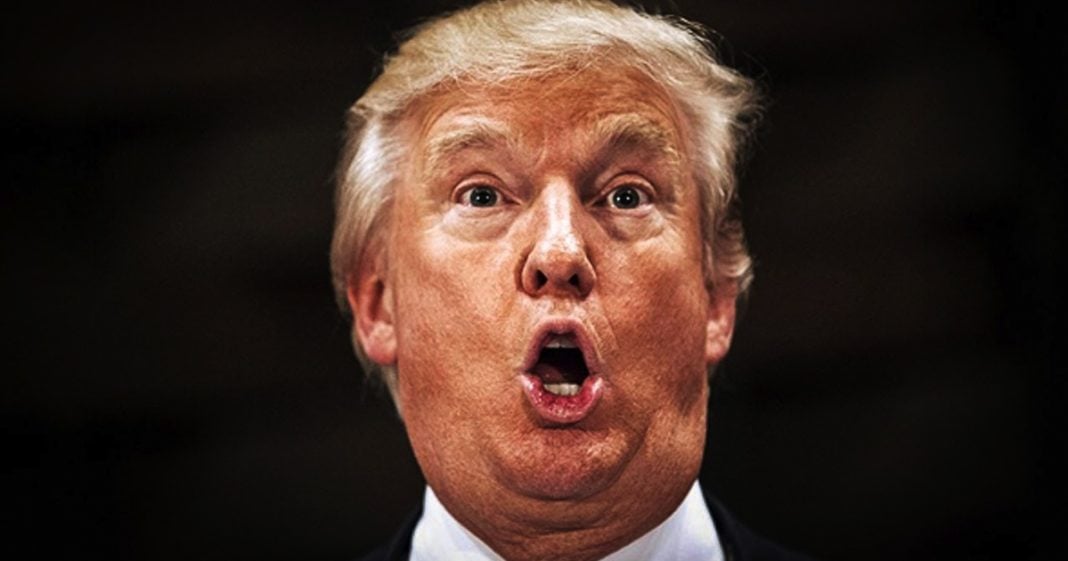 Four prominent law firms have turned down the Trump administration’s request to represent Donald Trump in the ongoing Russia probe.  According to these firms, they are just too busy to represent the President.  That’s a weak excuse – they don’t want to go down in history as the people who defended this man’s actions. Ring of Fire’s Farron Cousins discusses this.

Four prominent law firms have all said no. What’s really interesting about this is some of the excuses that they’ve given. Some of them say, “Well, I’ve got trials coming up. I, I, I can’t, I can’t do this.” Some of them are worried that Donald Trump’s not going to pay them. Some of them are worried that he’s not going to take their advice. But for the most part, the majority of the excuses is that, “Look, I am so busy right now. I really can’t defend the President.”

Now look, I have no problem with these people not wanting to represent Donald Trump but here’s something that most people don’t know. I work in a law firm. We’ve got dozens of attorneys. There’s always a trial going on and you know what happens sometimes? Sometimes the lead counsel has to drop out of the trial, sometimes even a day or two before it begins. But you’ve trained your trial team well enough, if you’re a good firm, that your absence won’t matter. Especially when the President of the United States comes to you and says, “I need your help.” And you can’t even do it and you can’t even muster a reasonable, plausible excuse? Just be honest with the guy. Just say, “Look, you’re going down the tubes. I’m not going to put my credibility and my law firm’s credibility on the line to go out there and defend you. Not to mention the fact that we always try to recruit the best law school candidates when they graduate and having our firm represent you is going to hurt our recruitment chances and destroy the future of our law firm.”

That’s what you have to say. Be honest with the man. Nobody wants to represent him. Nobody wants to defend him but you can’t say you’re too busy when the President of the United States asks for your help. I don’t buy it. I don’t think most of the public buys it. We understand that you don’t want your name attached to this train wreck of an administration and there’s nothing wrong with that. We just want you to be a little bit more honest about why you really don’t want to represent this man who is most likely going down in flames.

I mean, hell, the latest piece of evidence that we’re getting now, still waiting on more confirmation on, is that Russia may have possibly hacked or Russian hackers may have possibly gotten into our voting machines. If that’s true, Donald Trump may not have even actually won some of those states that gave him the electoral advantage over Hillary Clinton. Things are an absolute mess right now. So again, I don’t fault these firms for not wanting to be involved with Donald Trump. I just wish they would have had the courage to tell the public exactly why they don’t want to be associated with this man.