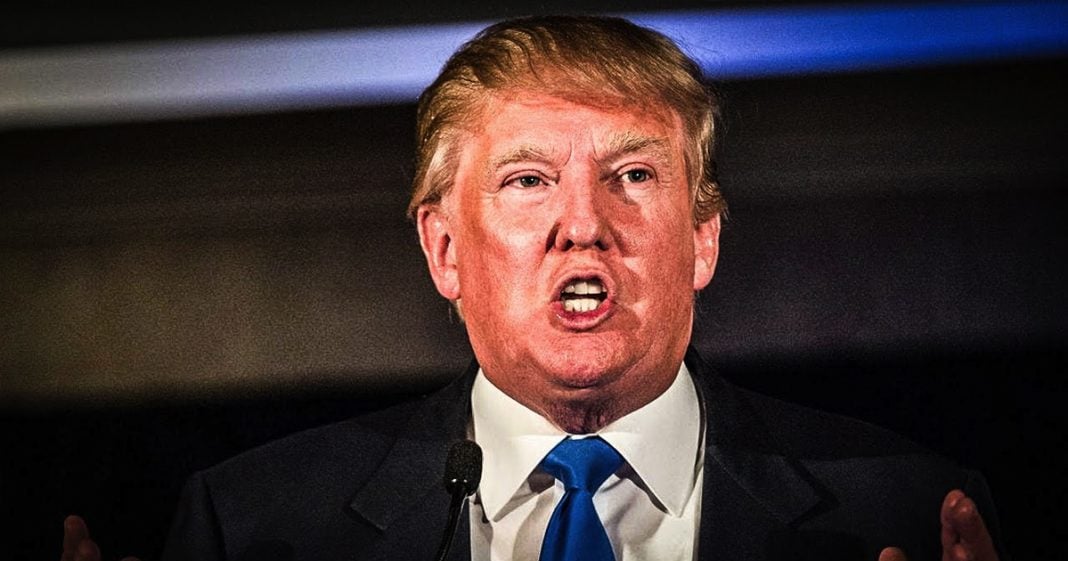 Donald Trump sure does like to stretch reality.  In one of his latest Tweetstorms, he accused the Democrats of blocking his nominees and thereby hindering his ability to lead the country. But the truth is that our golfer-in-chief hasn’t nominated anyone for about 80% of the available positions. Ring of Fire’s Farron Cousins discusses this.

According to Donald Trump, the reason that he has so many vacancies within his administration, so many ambassadorships that have yet to be filled, so many national security positions that he hasn’t yet filled, the reason for that, according to Donald Trump himself on Twitter, is because those Democrats in DC are so obstructionist that they will not let his nominees get a fair hearing.

Here’s the problem with that. Once again, like most issues, Donald Trump is living in his own alternative reality. The truth is that, of the positions available to be filled for Donald Trump to nominate someone, 79% of them have yet to receive a nominee. It’s not the Democrats that are holding up the process, it’s Donald Trump himself, but he’s blaming it on the Democrats because he knows that’s going to play well with his Republican hard-core base. Any time he blames something on the Democrats, whether it’s true or not, his base will believe it as if it is the gospel truth.

Eighty percent, almost, of these positions haven’t even had a person’s name mentioned for them or nominated for them. There’s nothing to obstruct from Donald Trump at this point. And again, a lot of these are ambassadorships, but some of them are incredibly important positions within the Department of Homeland Security, people in charge of securing our nuclear arsenal, securing our nuclear power plants, threat assessment, things like that. People have not been appointed to those positions. They are currently vacant because Donald Trump has imposed what his administration calls loyalty tests and so far nobody lives up to the expectations of being a blind follower of Donald Trump, so he simply hasn’t appointed anyone.

But again, according to him, it’s all the Democrats’ fault. You know, those crazy democrats who just always obstruct everything, just like last year when they held that Supreme Court seat hostage so that the Republican president couldn’t … no, wait. It was the other way around. In fact, statistically, the Republican Congress that left office with Obama, they were the most obstructionist Republicans in history. Statistically, they blocked more nominees, they blocked more legislation, all because they didn’t want to play nice with a black president who happened to be a Democrat.

I say black president first, because at that point, I think it had less to do with him being Democrat, more to do with the color of his skin. However, these Republicans held a Supreme Court seat hostage for a year because they didn’t want Barack Obama to fill it with somebody who might be a little bit more liberal. Instead, they held it hostage, gave it to Donald Trump, and he put probably one of the worst justices that we now have on the court on there. And to be honest, that’s Donald Trump’s only accomplishment to his nae.

But for him to sit there on Twitter pulling out his phone, typing with his stubby little fingers, that this is somehow the Democrats’ fault. This man is absolutely clinically unhinged. There is something wrong with him. And, to be honest, there’s something wrong with anybody out there in the American public who actually believes what this man says. This is easily verifiably false. The problem is, most of the public isn’t going to take the five seconds needed to go and call the president out on his blatant lies.