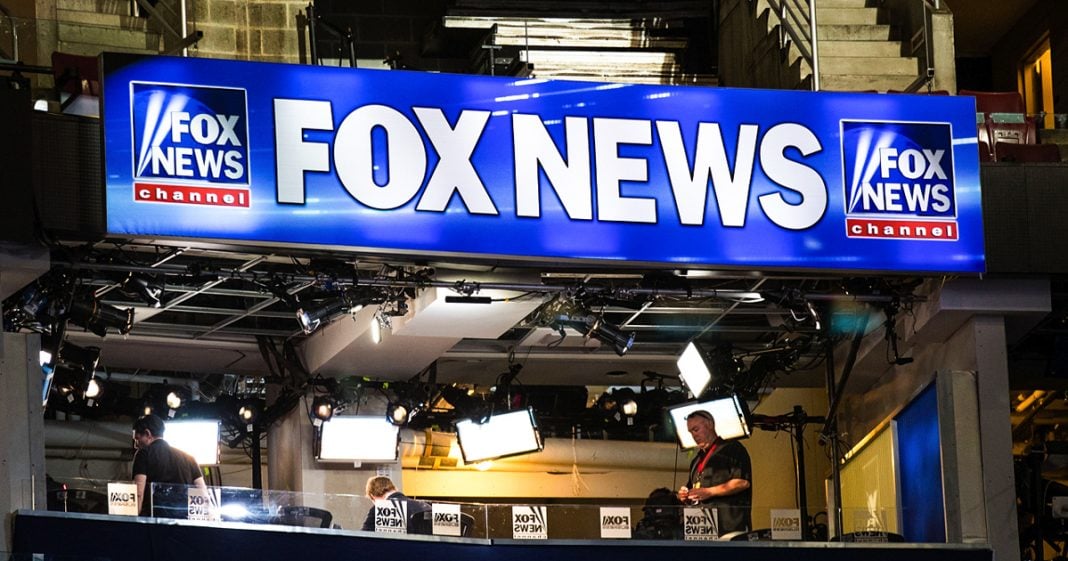 It’s rather remarkable to see Fox News hurting so badly in the ratings department, not to mention of course, there’s a lot of dissension and insanity going on over there. Ring of Fire’s Farron Cousins & Sam Seder discuss how Fox News is no longer in the driver’s seat when it comes to mainstream media.

Sam: We just have a couple of minutes, but I have to touch on this with you because, you know, this is the business we’re in, mass media, and you know, we got our start at Air America years ago when Fox News was ascending. We’re now looking at situation, and we talk about creating a narrative that is anti-government. Fox News has been in the driver’s seat in that respect. They are now not in the driver’s seat. Fox News is at it’s lowest ebb, I think, ever? I’m just curious as to what your perspective is on this Farron, because it’s rather remarkable to see Fox News so, hurting so badly in the ratings department, not to mention of course, there’s a lot of dissension and insanity going on over there.

Farron: Well, I think that definitely plays a role in it. At this point, the façade of Fox News, you know, what goes on behind the curtain, that’s been exposed to people. If you had a more casual news viewer who happened to prefer Fox News, maybe they weren’t an ardent Sean Hannity or Bill O’Reilly fan, but they tune in to Fox News, they could be a little bit more turned off right now after all of the sexual harassment allegations and lawsuits, after the racial discrimination that’s been uncovered in these lawsuits, the general bullying and other harassment that’s been revealed from these lawsuits. That’s enough to turn people off, but I think what’s really driving it at this point is that Donald Trump’s got a 38-39% approval rating and people understand that this guy is embroiled in scandal after scandal, they’re getting worse by the week and Fox News has just buried their heads in the sand. Tucker Carlson coming out last week and saying ‘look, what you see isn’t necessarily what’s actually happening,’ they can only bend and stretch this reality that everything is okay for so long before even some of the most strident Fox News viewers have to say ‘you know what, I’m gonna have to go tune into Rachel Maddow a little bit, because I need to understand what’s happening in this country.’

MSNBC is absolutely surging in ratings right now, CNN is climbing and Fox News is going down, and the real difference, aside from the lawsuits is the fact that they’re willing to go out there and explain ‘hey, here’s the latest connection between Donald Trump and Russia, or here’s the latest potential obstruction of justice charge’ and that’s, you know, the difference between them and Fox at this point.

Sam: Yeah, and … In talking with Digby a little more about the Seth Rich story, which was also pretty spectacular, the idea that they would have to retract a story. I think this only gets worse for Fox. I don’t see how they, at least in the short term, recover. These things, there’s cable news, there’s ups and downs here for different networks, but it is fascinating and it’s gonna be interesting to see if we see this translate into frankly, elections and polls. But, Farron, always a pleasure, thanks so much for your time today.