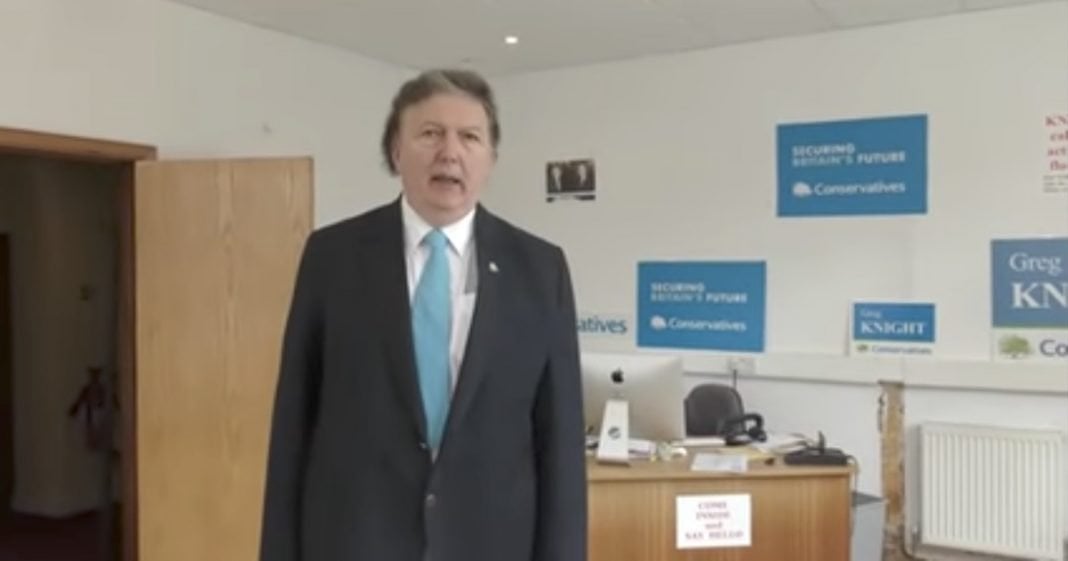 I’m going to start by saying that I don’t know much about Conservative MP Sir Greg Knight’s politics. I did some brief research and found that he has constantly voted against welfare benefits and is a strong supporter of Theresa May and the Brexit. Knight has garnered the nickname “Silent Knight” for his lack of campaign appearances. However, this campaign ad does win him at least some bonus points with me. Watch:

The jingle at the end is just a snippet of a full length song entitled “Greg’s 2017 General Election song” found on his website. You can listen to the full cut here:

It seems that Knight is the drummer for a band made up of one former and three current parliament members with the clever name of “MP4.” The band is a multi-party affair with Greg being the only member of the Conservative party. Also in MP4 are keyboardist and member of the Scottish National Party, Pete Wishart, Former Labour MP Ian Cawsey on bass and vocals, along with Labour member Kevin Brennan on guitar.

However, it seems that MP4 was not involved in this campaign song. Knight told The Telegraph:

“I co-wrote it and a very good friend of mine is doing the singing. I play the drums, but he’s doing everything else and my office did the filming.”

Knight does understand that the song is quite campy and that’s the point:

“Politics is a serious business, but always try and make my campaign a bit of fun. We thought we’d have a bit of fun with a campaign song. It’s a bit cheesy, but we wanted to lift campaigners spirits.”

I don’t live in East Yorkshire and I can’t agree with Knight on most things, but I can appreciate a good campaign ad when I see one.